‘Casket Of Souls’ is book 6 in ‘The Night Runner’ series. I absolutely love this series so prepare for spoilers for the previous books and lots of gushing. You’ve been warned. 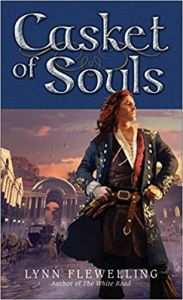 If you’ve not read the previous books in this series, this plot summary and indeed the whole book will mean very little to you. In this book, Seregil and Alec stumble across a plot between two groups of people attempting to pit Queen Phoria against Princess Klia for the throne. The two women involved know nothing about this plot, so Seregil and Alec, along with their friends, must foil the plot. Oh and at the same time, people are starting to drop dead from a mysterious plague in the lower reaches of the city.

Once this starts to kill off members of the higher classes, fear starts to pervade the city. Seregil and Alec also need to solve this mystery to stop more people falling into a weird sleep and dying. Plus there’s the on-going war which is carrying on from previous books which we get some flashes of.

One of the reasons I love this series is because they’re not all about moments of fighting or peril. These are in the book but that’s not what the book is about. We get many moments where we’re just watching Seregil, Alec and their friends live their lives. To some these might seem dull, but I love these bits of the book. It feels so comforting to see old friends and some new ones, too, all taking part in a normal life. None of the characters in this book are ‘The Chosen One’ or have any special powers which I find refreshing in a fantasy novel. They often make daft mistakes that get themselves and other people in trouble. They don’t win every fight and often get badly injured, but they don’t just bounce back they have to have some recovery time.

I also love that, although there are lots of plot lines and characters, Lynn Flewelling doesn’t see the need to make her books needlessly complex. You don’t need a notebook by your side to figure out what’s going on, but there’s enough intrigue and guesswork to keep you entertained.

I really felt that this was a return to the feel of the first couple of books in this series. I must admit that the last couple of books had a bit of an odd vibe, although they were still highly enjoyable. This book gets back to the way the previous books felt, with Seregil and Alec slipping through windows and stealing secrets. Plus there’s a return of costumes for spying in this book, Seregil really does love dressing as an old woman and I love it, too!

Overall, I loved this book as much as the first few in the series and will be carrying on to the next book with a heavy heart knowing that the series will soon be finished. 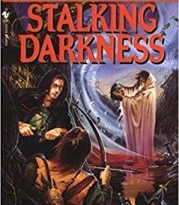 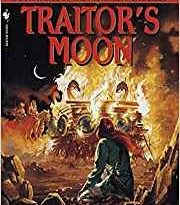 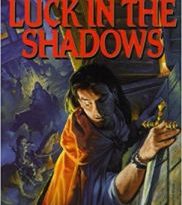