Anthologies can be tricky to approach. If it has separate authors, will the reader enjoy all of them? If the stories have wildly differing subject matter will they all be to the taste of the reader? The preface to ‘Carbide Tipped Pens’ by Eric Choi gives us an initial handle to put us in the right frame of mind. Eric describes how he shared a signing table with Ben Bova at the 2011 Ad Astra Convention. They got chatting and decided it was high time for a new anthology of hard Science Fiction in North America. In this case, Choi defines hard Science Fiction as the ‘literature of change, that genre that examines the implications… of new sciences and technologies’. Hence this book which collects 17 stories contributed from authors with the specific brief to write hard Science Fiction. But in order to refute the main stereotype of hard SF the contributors were also required to give their stories an emotional impact. Hard SF with an emotional impact? That’s quite a tall and ambitious order and so I approached the first text with some trepidation. I need not have done so as the book starts with Daniel H Wilson’s ‘The Blue Afternoon That Lasted Forever’ which succeeds admirably. In this story, we meet the unnamed narrator who is a somewhat autistic physicist and devoted single father. Each night he performs a heart-warming bedtime routine with his young daughter. One day, strange phenomena begin to be reported on the news, with the sky turning red, then Mars disintegrates. Our narrator realises that micro black holes are passing through the solar system (hence the red shift in the sky) and so he races home to be with his daughter. As a micro black hole approaches Earth and the atmosphere begins to get sucked up into it his daughter is understandably scared. The narrator holds his daughter tight and begins the bedtime routine to comfort her before the end. As this reviewer is mildly autistic with a BSc in Biochemistry and has a seven year-old daughter, I almost cracked up reading this story. Well done, Daniel H Wilson

Most of the stories succeed in having an emotional punch to a greater or lesser extent. All of them manage to fit the definition of hard SF as set out by Choi. The nice but lesser stories include ‘The Snows Of Yesteryear’ by Jean Louis Trudel. This is a fair tale of global warming and of rescuing an errant professor in the rapidly melting snow and ice of Greenland.

Gregory Benford gives us ‘Lady With Fox’ which examines the impact on the subconscious of telepathic mind joining in dreams. ‘Habilis’ by Howard Hendrix muses on the possible mathematical proof for the left-handedness of creation. An interesting thought experiment but it did not stand out to me. Jack McDevitt gives us ‘The Play’s The Thing’ in which we have an artificial intelligence modelled on Shakespeare. This concept felt somehow familiar, as if I had read similar before but I might be confusing with time travel stories concerning Shakespeare. None of these stories are bad particularly but they do feel like the filler material in the compilation.

‘A Slow Unfurling Of Truth’ by Aliette De Bodard kicks off the more effective stories. This is a piece of post-humanism asking if you can tell who someone is when their minds can be altered and their bodies completely changed. Maybe I like this one as I am fond of the genre but this story seemed to ask a nice philosophical question.

Ben Bova contributes ‘Old Timer’s Game’ which looks at the impact of genetic enhancement on professional sportsmen. If old-timers can remain competitive with genetic improvement, what room is there for the up and coming players? Bova’ story seems very current and highly realistic, maybe the quintessential characteristic for effective hard SF.

‘Every Hill Ends With A Sky’ by Robert Reed describes scientists modelling the solar system and realising that life must have existed on Venus and escaped before the Venusian environment went hostile. So if Earth’s environment will become similarly hostile, maybe the Venusians can save the remainder of the human race? Although a bit disjointed this story had a nice wistful feel and I like `big picture’ style SF.

Eric Choi has given us ‘She Just Looks That Way’ which concerns a man who has fallen in love with a girl who, due to an odd personality quirk, he can never actually develop a relationship with. Therefore, he visits a medical researcher friend working in mnemonics wanting to have his facial recognition altered so he can no longer recognise the girl. An odd concept but possibly one that might feel familiar to anyone who has fallen in unrequited love?

‘The Mandlebrot Bet’ by Dirk Strasser is a fairly terrific tale of time travel by mathematical formula but it never reveals if it is true of false. Maybe the journal entries left by the brilliant but crippled mathematician are merely the ramblings of an insane mind? A great idea, though. Nancy Fulda gives us the simple and elegant ‘Recollection’. A man is cured of Alzheimer’s but has almost no recollection of his former life. Can he relate to his family members who are overjoyed to have him back? Given the research going on into Alzheimer’s this could be a situation faced by people sooner than later. Hard SF indeed.

The really good stuff in this collection includes ‘Skin Deep’ by Leah Peterson and Gabrielle Harbowy. This is a very plausible feeling tale of medical tattoos used to cure allergies. Any given allergy can be treated by a specially concocted tattoos that responds to an allergic reaction by releasing appropriate chemicals. Given this reviewer has a degree in Biochemistry, this story feels highly realistic. It also examines the potential abuses that could come with use of this technology belligerently. Ewwwww.

‘The Yoke Of Inauspicious Stars’ by Kate Story (terrific name!) concerns mining on Europa. The miners are hardy souls not expected to last very long in this dangerous environment and as such are all social media stars back on Earth. When love blossoms between various personalities disaster cannot be far behind…a terrific adventure tale.

‘Ambiguous Nature’ by Carl Frederick tells of the SETI project and a large radio array observatory at Kata Tjuta in Australia. When the observatory starts to receive signals that appear to be prime numbers, but which have no sensible seeming point of origin, the reader is left to wonder themselves if they have been contacted by extraterrestrial intelligence.

Chinese author Liu Cixin gives us ‘The Circle’ (translated by Ken Liu), in which digital processing is invented in ancient China using thousands of soldiers as bits. This is a very inventive and imaginative story and I hope more of Cixin’s literature has been translated.

Finally, we have the very enjoyable ‘Thunderwell’ by Doug Beason, an interesting thought experiment concerning getting supplies to a doomed Martian expedition. The military scientists use old nuclear bombs in a deep testing well to propel the package. This feels like a wonderful throwback to classic ideas in the 50s and 60s, but I can’t specifically say that it would not work which is surely the mark of the best hard SF?

The other highlight of this volume is David Degraff’s brilliant story ‘SIREN Of Titan’ in which there is a probe on Titan looking to investigate the source of a dry liquid-methane streambed. The probe, characterised as `she’ for extra emotional impact, is gradually developing a sentience of its own. Panicking back on Earth, the scientists pull the plug and overwrite her software. She makes a much greater discovery but cannot report it when her mind goes…. heartbreaking.

The stories collected in ‘Carbide Tipped Pens’ do vary from the forgettable to the excellent but I think that all of the largely hit the declared aim. This is a very unusual anthology. This reviewer cannot recall a previous volume having such a specific idea but which is generic enough to allow wide variety of stories. It is impressive that the contributing authors have managed to be successful within the brief and yet provide such great a range of tales. This book is therefore well worth reading by any self-respecting SF fan. 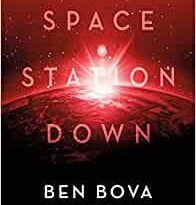 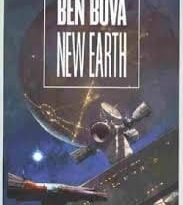 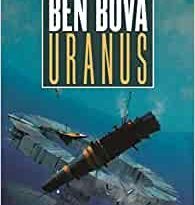