Actor George Clooney and his chum Grant Heslov are rebooting the Buck Rodgers franchise as a potential starring vehicle for him in TV and film, along with the studio Legendary.

The series is being penned by Brian K. Vaughan, and George will exec produce as well as possibly – and presumably – starring as the cryo-sleep astronaut who wakes up facing a dark and dangerous far future.

Buck Rogers was written by Philip Francis Nowlan asthe novella Armageddon 2419 A.D., appearing in the August 1928 issue of Amazing Stories, before the story was adapted into a comic strip that debuted in early 1929. It became so popular that it jumped over to radio in 1932, then becoming a film serial, a television series, and was last seen as Buck Rogers in the 25th Century, riding the back of the Star Wars scifi boom in 1979. 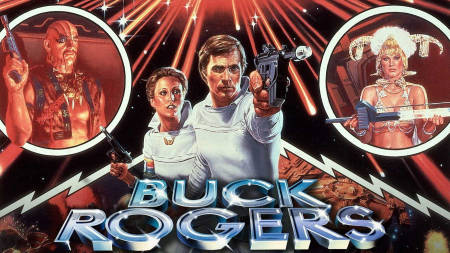 Buck Rogers is back (news).

Buck Rogers is back (news).