The theme for this early twenty-first edition of ‘Back Issue’ is any character associated with the term devil, although only one, Daimon Hellstrom could put claim to being the son of one. It’s also one of the odd exceptions that goes beyond the 1980s to have a quick interview with Mike Mignola about ‘Hellboy’. If you’re old enough to remember Marvel’s ‘Fallen Angels’ mini-series, then you would be surprised there was going to be a sequel written by Jo Duffy and art by Colleen Doran and Terry Austin. The editors didn’t like the way the plot was going and Doran refused to work with a different writer so it never saw print. You can get the details here. Even so, I wouldn’t have called them devils.

I can’t recall ‘Plop!’ having a particularly wide circulation in the UK but Dewey Cassell interviews Steve Skeates and Sergio Aragonés on the subject of humour that didn’t go the ‘Mad’ direction.

Going back to devils, we have Dan Johnson interviewing co-writers/creators Dan Mishkin and Gary Cohn about their ‘Blue Devil’, one of the last DC comicbook characters prior to the darker Crisis stories took hold.

With the move to Daredevil, the examination is more on the artists and writers, it felt like it would be more appropriate to TwoMorrows’ ‘Draw!’ magazine at the time than ‘Back Issue’ but you do get a look at the art, especially Frank Miller and Klaus Jensen in preliminary and final inks, that should please you all. There is also a look at David Mazzuchelli and John Romita Jr’s time there and that of writer Ann Nocenti which really put DD through the ropes, literally. Even so, it just felt more unusual to look at the creator aspect more than the character’s life.

I’ve heard of Ty Templeton but never of his early character-driven series ‘Stig’s Inferno’, based off Dante’s ‘Inferno’ and an accidental heir to Hell played for laughs. A lot of this is more a sampling but might attract new readers to an old strip.

Finally, a look at ‘The EC Archives’ and which celebrities were in love with them. I wonder what they’re doing today, the Archives, not the celebrities.

As always, it can be fun digging into old magazines and even this one from 2007 carries a lot of useful information.

(pub: TwoMorrows Publishing. 100 page illustrated magazine. Price: amazingly, I pulled a copy at auction for less than a tenner (pounds that is). Direct from them, you can get it digitally for $ 4.95 (US)) 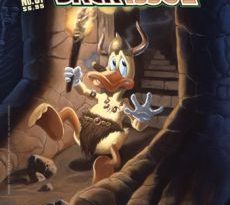 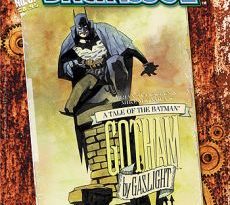 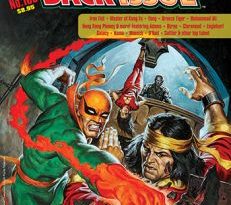