Well, well, well, it looks like we’ve got another scifi sequel on our hands with the release of “Avatar: The Way of Water.”

Luckily, we have our man of many movies on hand to sit down and give it a watch. Enter Mark Kermode, stage left.

According to the fine print, this film is the sequel to the 2009 film “Avatar” and is directed by none other than James Cameron. It’s being distributed by 20th Century Studios and is the second film in the “Avatar” series. The cast includes some familiar faces like Sam Worthington, Zoe Saldaña, and Sigourney Weaver, as well as some new additions like Kate Winslet, Cliff Curtis, and Edie Falco.

Apparently, James Cameron had plans to make sequels to “Avatar” if the first film was a success, and he announced the first two sequels in 2010. However, due to the need to develop new technology to film performance capture scenes underwater and the addition of three more sequels (for a grand total of five “Avatar” films), the release of “The Way of Water” has been significantly delayed.

Despite the delays, “Avatar: The Way of Water” finally premiered in London on December 6, 2022, and was released in the United States on December 16, 2022.

The plot of the film picks up more than a decade after the events of the first film, and follows Jake Sully as he lives as the chief of the Omaticaya and raises a family with Neytiri. The RDA has returned to Pandora to colonize it, and Jake initiates a guerrilla campaign against their supply lines. A counter-insurgency mission is conducted against Jake, and his children are captured. Jake and Neytiri rescue most of them, but Spider (the son of Colonel Miles Quaritch) is taken by Quaritch, who recognizes him as his son. Jake and his family banish themselves from the Omaticaya and retreat to the Metkayina clan, where they are given shelter.

The film also follows the story of Mo’at, the spiritual leader of the Omaticaya, as she tries to find a way to peacefully coexist with the RDA and prevent the destruction of Pandora. Meanwhile, Quaritch enacts a plan to use the Tree of Souls to transfer human consciousness into Na’vi avatars and destroy the Na’vi’s connection to Eywa, the Pandora’s planetary consciousness. Jake, Neytiri, and the rest of the gang team up to stop Quaritch and save Pandora.

So, if you’re in the mood for a sci-fi epic with stunning visuals and an action-packed plot, “Avatar: The Way of Water” might just be the film for you. Just be prepared for a long runtime and maybe some plot holes. But hey, at least you’ll get to see Sigourney Weaver in a different role! 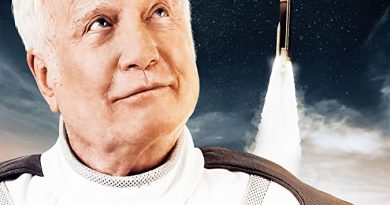