I first came across John Scalzi when I read ‘Old Man’s War’. This book made a big impression on me and is one of the few physical books I have retained for re-reading. Unfortunately, Scalzi’s subsequent novels were not so well received and so he dropped off my radar. When I saw the book listed, I thought I’d give him another go and I’m very glad I did. There is a good opening Authors Note where Scalzi provides details on the creation and evolution of the novel. This version has been updated since the early 1997 draft to make it more current to the world of 2008.

‘Agent To The Stars’ is a first contact novel with a twist. The aliens have been monitoring our broadcasts and know something about us. Being radically different in physical form and communicating by smell, they think they need someone to represent them on Earth to help establish friendly communication. After the aliens make contact with Carl Lupo, the owner of Lupo Associates Agency, the task is delegated to Tom Stein who has just clinched a major movie deal for one of his stars and is seen as a rising star in the agency business. Tom has to devise a plan to introduce the Yherajk to humanity. The fact that in their natural state they are a pungent smelling amorphous blob are just challenges that have to be overcome one way or another.

The novels central theme is how Tom Stein balances the demands from his eclectic list of clients, deals with the unwanted attention of an investigative reporter while attempting to come up with a plan for the Yherajk. He also has to deal with Joseph, the lone Yherajk sent to Earth to help Tom become acquainted with the aliens. For reasons I won’t disclose, Joseph takes on the appearance of a dog and manages to appear in a commercial. There are some funny incidents in this book but it is by no means a comedy or humorous tale. It is more a reflection of what humans can get up to given the opportunity.

As you read the book, you will tackle ethics, gain an insight into the world of Agency life, the relationships Agents have with their clients and the various production teams they have to deal with to place those clients. There is the harrowing and moving tale of a Jewish woman who escaped the Warsaw Ghetto only to witness further racial intolerance in the United States. It is all carefully interwoven to present a slice in the life of Tom Stein. What is missing is any attempt on Tom’s part to come up with a plan to introduce the Yherajk to the rest of humanity.

The book is only 365 pages long and, as I approached the last quarter, there still is no inkling of what approach Tom is going to take as he doesn’t give it any serious consideration. When he does finally have a brainwave following an incident with one of his clients, there is very few pages left to present the Yherajk and see what affect it has on the human population. I feel that this is an opportunity missed as this is an area that could have done with more coverage even if it involved expanding the book by another 50 pages.

I should balance the above comments by disclosing that ‘Agent To The Stars’ was Scalzi’s first attempt at a novel so it’s not surprising that it has some rough edges. The writing style is very good with believable characters and Scalzi puts forward a plausible first contact tale which just might be how it happens (if it ever does). 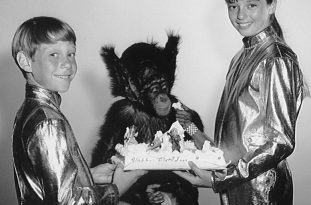 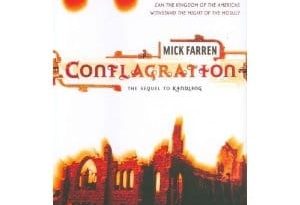