We needed the insipid horror-comedy ‘A Haunted House 2′ much like a porcupine needs an insulin needle to poke somebody in the gut. Nevertheless, this flaccid frightfest of so-called cheap chuckles is the sequel to the inexplicably modest successful ‘A Haunted House’ where the throwaway satire made for tired silliness and shock. Unapologetic in its random and shapeless shenanigans, ‘A Haunted House 2′ feebly continues the horror lampooning trend where this monotonous laugher tries to giddily mock the conventions of a variety of horror flicks as well as shed a foolish spotlight on the pop cultural landscape of today. One can immediately detect a desperate sense of regurgitation in the strained chuckles as’ A Haunted House 2′ has all the inspired hilarity of a decaying fang inside a drugged Dracula’s mouth. To be fair, ‘A Haunted House 2′ does contain a hearty giggle every now and then but still sputters while never managing to deliver anything shrewd or observational in its recycled ribaldry. There is nothing overtly original, outlandish or conniving to uplift this generic goosebump romp from its woeful mediocrity. It is only fitting that the measuring stick in comparison to ‘A Haunted House 2′ is the ‘Scary Movie’ film series and believe this when one will realise that these two flimsy fright flicks are two puerile peas in a repetitive pod. Interestingly, the common denominator for the ‘Scary Movie’ entries and ‘A Haunted House 2′ (besides the aforementioned manufactured and misguided mockery) is lead star and co-screenwriter Marlon Wayans who, along with partner-in-crime scriber Rick Alvarez, patches together a spry yet lazy showcasing of flippant sight gags, tomfoolery mugging, playground potty-mouthed potshots, a demonic doll, off-the-cuff racial stereotyping, breezy hysterics, salty sexual innuendos, all kinds of arbitrary grab bag elements of transparent lunacy that the audience has seen dozen times over and over.

Some may get an empty-minded kick out of recognising the zany targets that ‘A Haunted House 2′ sets its screwy sights on as it tongue lashes such recognisable nightmarish nuggets as ‘Paranormal Activity 3′, ‘The Conjuring’, ‘Dark Skies’, ‘Sinister’, ‘The Possession’ and ‘The Exorcist’ to name a few. Wayans taps into his ‘In Living Color’ craziness as he does skillfully (and eventually beats to death) his skewering of entertaining newsworthy notables that run the gamut with outrageous looks at the Kardashians, the Paula Deen scandal and Honey Boo Boo to edgy topical fodder that is kind of tricky to turn into comedic camouflage concerning prison/Catholic priest rape jokes and child molestation, something that is not exactly a jovial matter and bordering on misplaced inappropriateness.

With his late possessed ex-girlfriend Kisha (Essence Atkins) finally out of the picture, Malcolm (Wayans) decides to take on a new love interest in Megan (Jaimie Pressly), as he moves into a new home with her and Megan’s two teenagers, Becky and bratty Wyatt (Ashley Rickards and Steele Stebbins). Dutifully, Malcolm installs hidden cameras all around the house. Soon, funny and weird happenings start to emerge as footage-style paranormal visitations occur at will. Among the spooky visitors include Wyatt’s invisible buddy Tony and then there is the ominous doll figure Abigail (channelling ‘The Conjuring’s Annabelle) whose presence adds more to Malcolm’s creeped-out confusion.

Needing a plan to counterattacking the cringe-worthy chaos that exists under his unruly roof, Malcolm enlists the aid of a few sources that he hopes can assist him in drawing away the riff raffish cretins from his domicile. On board to witness Malcolm’s hedonistic haunted house is Latino neighbor Miguel (played by stand-up comedian Gabriel Inglesias). Also, a verbal-sparring married couple of exorcists (Hayes MacArthur and Missi Pyle) are figured into the mix as well. Plus, Father Williams (Cedric the Entertainer reprising his roles from ‘A Haunted House’) is called into service as he lends his expertise in trying to cleanse out the evil spirits that exist.

For the most part, some may dismiss ‘A Haunted House 2′ as some loose-mined frenetic farce that playfully wallows in its aimless mayhem. To a certain extent this is clearly the case and one could argue that this sentiment is not necessarily a bad thing to consider. Still, the movie does not just feel cluttered courtesy of all the ghostly garbage that is piled on in this hackneyed horror show; it feels cluttered because Wayans’s bug-eyed buffoonery, pointless barrage of off-colour guffaws and scattershot references of pop cultural platitudes all converge with the subtlety of a sledgehammer smashing a marshmallow. The movie feels relentlessly overwrought and never quite knows how to either deliver its outrageous shtick in broad doses or simply tone it down as to allow the moviegoers to settle up to its gradual ridiculing.  Wayans and his expansive famous frolicking family know how to serenade the funnybone with subversive comical material that more times than not resonates with the approving masses. Unfortunately, ‘A Haunted House 2′ is just a jumbled and asinine assault on the eyes as it routinely enjoys it own brand of idiocy and ineptitude.

If dismembered dogs, a ridiculously wide-eyed and partially naked Wayans, clingy and love-struck stalking dolls, over-exaggerated household spooks, unsettling racial jabbing and borrowed high jinks from other off-the-wall movie-related inspiration is your cup of guilty pleasure tea then go ahead and sip it. Otherwise, ‘A Haunted House 2′ is a fetid foundation that begs to be condemned. 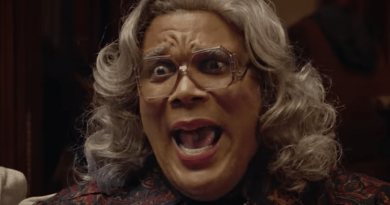 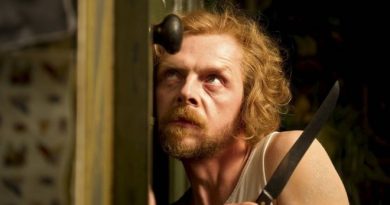 A Fantastic Fear Of Everything (film review by Frank Ochieng).

One thought on “A Haunted House 2 (film review by Frank Ochieng).”

A Fantastic Fear Of Everything (film review by Frank Ochieng).