I’ve reviewed philosopher Mark D. White’s other edited books looking at philosophy with other comicbook characters but with this one, ‘The Virtues Of Captain America’, he writes solo. I should point out that his focus is on Steve Rogers in the comicbooks, not the TV or film versions or anyone else who has worn the red-white-and-blue togs of which there have been many. Saying that, I think it would have been useful to address some of these characters because their actions as Captain America must have had some effect on his reputation and how they themselves see playing the icon. White is very well researched on the subject and what epitomises what Steve Rogers stands for, which is often at odds with various people in authority. The best way to sum that up is he’s the guy whom all Americans should live up to rather than what is often happening behind the scenes, even on Marvel Earth. White does takes some time out to explain how ethics works and why it’s the principle of philosophy which should give you a better understanding of why they spend so much time debating such issues.

The best way to sum up Steve Rogers as Captain America is that he is the moral compass of the Marvel Earth super-heroes. Even when he has disagreements with Tony Stark aka Iron Man, they still admire him even if they think he’s wrong. If anything, it’s even more extraordinary that he doesn’t change his mind on fairness or anything throughout all the things he’s seen throughout his life in the modern age. Considering the super-soldier enhancement has really only made him the perfect human specimen with a knack for throwing a shield, he’s survived insurmountable odds.

If anything, Steve Rogers comes from a simpler time and is a Cap out of water when it comes to some of the complexity of deceit that goes on in the modern time. Still going on in our time for fifty years, you would have thought he would have adapted more to the way of life we have now and at least to beat the ‘system’ by throwing its own lack of morals back at it. However, Rogers is a man of ideals when it comes to fairness and that is the core of his character. He represents what we should be like than what we are. You know where you stand with him, Captain America has respect from everyone, including some of his enemies. White does point out certain lapses that Cap has been involved with but no one’s perfect and even Rogers admits that there are always some impossible situations to resolve.

I suspect the reason why the comicbook readers like reading ‘Captain America’ is because he doesn’t represent patriotism, even if it looks like he’s wearing the US flag, but honesty and integrity. Something we’d all wish was around more, especially as he has the ability to say no when it looks like he could be compromised in his beliefs.

Although I stopped reading comicbooks on a regular basis in the 1990s, White gives enough information about what happened next to keep you informed of events and fill that gap. If ever there was a need for a philosophical book on a super-hero then Captain America certainly deserves one and I think you’ll find this will fill you in on his motivations and his popularity and how it has been embraced in the recent films. 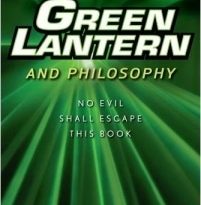 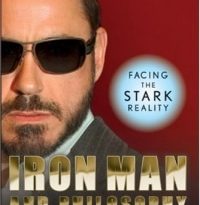 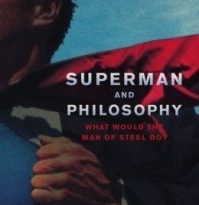