Gravity makes everything fall down.

Inertia makes everything stay there until given a push by something that can move it.

How can they not be related?

When I review Brian Clegg’s book ‘Gravity’ in January 2013, I raised inertia as being akin to it. After a little ponderance, I thought the subject deserved a better discussion area to let you decide for yourselves on the subject.

Inertia is essentially the stopping power of an object when it meets a larger object. In all terrestrial circumstances, that external force is gravity. It draws objects together. The mass of an object depends on the attraction of the largest object, in this case the planet we’re standing on. A lead ball would take more than a gust of wind to move compared to a feather. With said feather, soon as the wind died down, it would still fall down to earth. On a different mass planet or moon, the subsequence weight would vary to the force applied to it, but essentially the same thing would happen. This which adheres to Newton’s First Law of Motion in that an object will keep moving in a straight line unless acted upon by an external force.

In reality, the object hasn’t really stopped moving because everything in the universe is still expanding but in relativistic terms it has stopped compared to the object or planet it has landed on. Both gravity and inertia cannot invade the effects of the Big Bang.

Out in space, objects are still drawn towards each other but angular momentum in orbit can keep planets and moons in place for many millennia before they fall together by the attraction of gravity. It just takes longer to happen. Angular momentum could therefore be seen as having sufficient energy to do this with extremely large objects compared to the tiny bits of matter we have on our own planet. If the mass of a small object on Earth was greater than our planet, then it would be attracted to it and the reverse would happen, hence the concern about creating any singularities or black holes here. The chances of that are very remote, let alone having sufficient mass to do it, by the way, so that’s only an improbable example. Subjectively, inertia is taking an effect because most things are staying out there, short of the odd meteorite that gets too close to the Earth to be attracted to it. Without that attraction, there would be no inertia so the two forces are linked.

What if there was no inertia, what would happen to all the objects in the universe? Actually not a lot, assuming if it was just cancelled out. Everything would still be accelerating in the direction it was going in, just without any attraction to any nearby planets. If an object collided, it would not lose some of its velocity in the atmosphere and just make a bigger impact since it wouldn’t lose any of its energy in deceleration.

If there was no inertia for a particular object that is given a shove, then it would appear to have vanished, but really it would be left behind as everything else would still be accelerating away at Big Bang speed. If it was organic, then the inertia wasn’t slowly reduced, the deceleration from 74mps (266,400mph), would surely be crushing or deadly if encountering an obstacle in the way.

Now look at what happens if there was no gravity but a still expanding universe. No small object would be attracted to any larger body like a planet or star but everything would still be accelerating at the same velocity as that of the Big Bang. If gravity was suddenly turned off, because you were standing on the planet, you wouldn’t fly off unless a more powerful force hit you but your relative motion would be the same.

That should make you think as to just what is gravity. Don’t worry, even physicists are still trying to get their heads around that. Like the other three forces, electro-magnetic, strong and weak nuclear forces, we know they function but not how or why.

Interestingly, in both cases, we come back to the expansion of the universe. If that was suddenly stopped or negated, our relative positions would not change. This is mostly because of the laws of relative motion. Everything would still be in their relative positions. If there hadn’t been a Big Bang, then we wouldn’t be here neither.

If you could stop Newton’s Laws Of Motion, I doubt if you would change much, mostly because unless there was some external force acting any different, then you would still be moving in the same direction as everything else. For the record, you couldn’t stop just one Law Of Motion as all three motion laws are interconnected. Saying that, if you stopped all motion and no external forces acting on anything, nothing would be moving anyway. In other words, you would have a totally inert reality which would over-ride anything gravity could do.

If you thought that was complicated, imagine trying to explain inertia in less than a paragraph. No moving now.

I doubt if Isaac Newton will sue me. 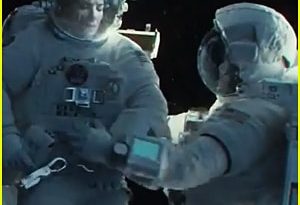