In many respects, Didier Ghez’ final book in the series, ‘They Drew As They Pleased Volume 6: The Hidden Art Of Disney’s Early Renaissance: The 1990s To 2020’ is more like a combination of loose ends and other recent ideas artists at Disney, although these are selected mostly because they are still mostly alive. Even so, in his introduction, it looks like Ghez had enough artists left over to make a seventh book.

The exception is Joe Grant (1908-2005) who had two long spells at Disney, divided by him leaving to create and run a greeting cards company. In the first spell, Disney kept him by his side for advice and ideas at group conferences shows how much he relied on him. Oddly, Grant devised most of the elements for what would become ‘Lady And The Tramp’ but lost a credit when he left the company in 1949. He never intended to come back but was lured in 1992 and added to the animation films from there to his death in 2005. Seeing his art and varying style will make you realise why he was highly regarded as an all-round artist.

Don’t think all the ideas people at Disney were America as Hans Bacher (1948-) came from Germany. Initially, he was freelancing as he had other activities in Europe but was deeply involved in the designs for ‘Milan’, ‘The Lion King’ and ‘Frozen’. A lot of ideas work comes from finding the feel for the animation films for which everything else hangs from. In some respects, making the colours or design simpler to get around some of the problems.

Mike Gabriel (1954-) went from learning the ropes to eventual director at Disney. Don’t think everything is that easy though. His credits and illustrations although include a lot of abortive projects although not why they didn’t go onto completion. You should hardly be surprised if you’re of a certain age and seen the likes of ‘The Rescuers Abroad’, ‘Pocahontas’, ‘The Lion King’ and ‘Frozen’ in here, ranging from character design to landscapes to set the mood and no doubt to inspire the animators in their work.

Finally, Michael Giaimo (1954-), another ideas artist who left Disney for a time, being brought back to work on what would become ‘Frozen’ and moved the team to look at Norway for inspiration. There’s also an indication that what the higher-ups want from any films they want to invest in to have a resonance with their audience. Mind you, royalty and realms is a consistent mine for Disney.

Please note that although I’m mentioning some recent famous Disney animated films here, much of the work here is preliminary designs and ideas than the finished product and your young sprogs would be disappointed if you bought this book with them in mind. This really is for the adults and those with an artist bent who want to see the kind of work that Disney might consider recruiting you for. Objectively, from all these books, you really do have to have a compulsion to draw all the time and loaded with ideas and a willingness to be learning all the time. 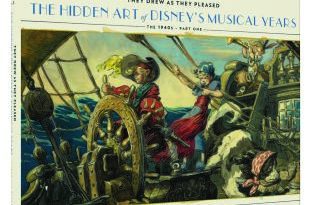 They Drew As They Pleased: The Hidden Art Of Disney’s Musical Years (The 1940s – Part One) by Didier Ghez (book review). 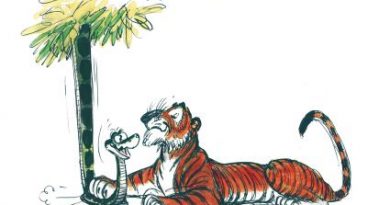 They Drew As They Pleased Volume 5: The Hidden Art Of Disney’s Early Renaissance: The 1970s and 1980s by Didier Ghez (book review).

They Drew As They Pleased: The Hidden Art Of Disney’s Musical Years (The 1940s – Part One) by Didier Ghez (book review).

They Drew As They Pleased Volume 5: The Hidden Art Of Disney’s Early Renaissance: The 1970s and 1980s by Didier Ghez (book review).