Warden used to be somebody and used to do good things guarding the city and serving his country but, since his fall from grace, he’s just a drug dealer with good connections. Selling his wares and taking care of his patch are the only things Warden needs to do and that’s all right by him. But now children are going missing, turning up dead and he knows that the guard won’t get the right answers because they don’t know Low Town and its people like he does. So, once again, he’s investigating, to make sure someone does right by the kids and their families, but there are an awful lot of people trying to kill him all of a sudden. Just what is going on and why does Warden have a horrible feeling this is going to end badly for everyone? ‘The Straight Razor Cure’ is book one of the ‘Low Town’ series by Daniel Polansky, also published with the title ‘Low Town’. It is a debut novel and the first to feature Warden, a Low Town drug dealer with a military past.

I’m finding this book quite a difficult one to review. I enjoyed reading it, the plot was sound and I got through it pretty speedily, but there just aren’t many stand out points to mention.

The plot is a murder mystery in essence, with a dash of magic and mysticism thrown in for good measure. Things lead on from one to the next in a fairly predictable yet not unsatisfying way and Warden just about manages to keep one step ahead of his adversaries. Some of the clues are a bit lacking in subtlety, so the reader should have no problem in working things out for themselves, but I quite like that in a mystery story. It’s so much better than when solutions appear out of entirely arbitrary circumstances devised just to fill holes in the plot.

There’s quite a lot of violence, some of it I think probably unnecessary and a fairly menacing picture is drawn of Low Town. However, what I’d have liked is to have seen a bit more of the areas out of the slums to give a better contrast. This city seemed like it was all dreary and dangerous but there were hints that not all of it was like that. It does offer potential for the later books in the series to expand on the setting, particularly with the not infrequent nods to international politics.

As for the characters, Warden is your typical gruff ex-soldier just trying to make a living on the hard streets of his city. There wasn’t much to make him stand out from characters like this in other books and I found myself often thinking of Francis Knight’s ‘Rojan Dizon’ series as I was reading it, in regard to both the main characters and the setting. Wren, the young boy taken on as Warden’s ‘apprentice’ has some potential but as with many of the other characters, he could do with some added depth, a bit of history, a few quirks to make him stand out from the crowd.

Overall, I enjoyed ‘The Straight Razor Cure’ but it was an unchallenging read and didn’t really excite me with anything new. I’m prepared to be forgiving as it is a debut novel and the first in a series and I genuinely do want to see where Polansky goes next. There is potential for a lot more with the hints he has dropped in this book regarding characters, other countries and history and I think it could develop into a really good series. We’ll just have to wait and see! 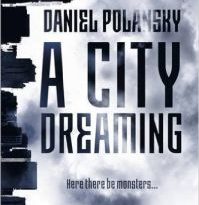 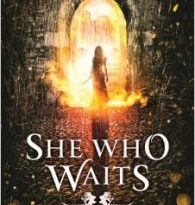 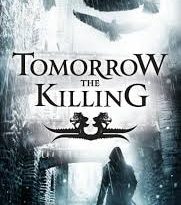