On the idyllic island of Arya, something is killing the native ichthyocentaurs at a rapid rate. Concerned by this threat to such a rare species, Dr. Forb Macmillan sends for help from the mainland. In response to his distress call, DeBrelt’s Freelance Exploratory Crew sail for the island to help solve the mystery and explore the island and surrounding reef system. Yet each member of the crew brings his own problems to the island, disrupting the tranquil state of life that exists there. As they struggle to understand the mysterious deaths, their own tight group is in danger of breaking apart. Meanwhile, Jella and her crew are on a mission to get revenge against the city that destroyed their own. Travelling far across the lands and seas, Jella is following an intricate plan, hoping to unleash chaos and destruction against their enemies, with little care for those that might get in the way.

‘The Reef’ is Mark Charan Newton’s debut novel and at times that inexperience really shows. It is a novel that has divided my opinion in many ways. There are two strands of story, but they don’t really blend very well together in my opinion. One is clearly more developed than the other and has much more of a completeness to it in terms of both story and the characters within it.

The narrative following DeBrelt’s crew was really good. The reader is introduced well to all the characters and each has individual quirks, problems and personalities that are very clear. Manolin is a man in search of peace and love following an abusive relationship, Yana is struggling in her stale marriage, and their leader, Santiago, has become bitter with age and seems to be following his own private agenda. Newton has taken great care to explore the relationships within the crew and their interactions with the islanders on Arya. There is some great character development and, at times, it really makes the reader think about the nature of different relationships and how they are perceived. The island of Arya is also nicely depicted and made me long to be idling the hours away on its idyllic tropical shores or swimming through the warm seas that surround it.

In contrast, the second strand of the story, following Jella and her crew, Jella’s lover Lula and two others, Menz and Yayle, on their revenge quest, feels like padding. We learn little about them and the characters aren’t really given the page-time to do them justice, particularly the enigmatic Allocen who joins them. I also felt that it spent a long time to get nowhere and it really didn’t feel necessary putting this together with the DeBrelt story. That isn’t to say there isn’t potential in there, it just didn’t mesh well. There are in fact some very interesting ideas in this strand, particularly the Qe Falta race that seem to be genetically modified humans outcast following a scientific revolution. I’d really have liked to see more of them and hope that Newton will go back to this world at some point to explore this side of things more.

Another thing that disappointed me with ‘The Reef’ was the ending. As I headed to the last twenty or thirty pages, I began to realise that there just wasn’t time to conclude things in a way that would satisfy me. The stories hadn’t really come together and the great mystery that had been hovering at the edge of the story since the prologue just hadn’t been addressed. Sure enough, things ended rather abruptly and the climax was far from the most thrilling I’ve encountered, though again there was potential there, if only it had been developed a bit further.

Parts of this book I really enjoyed. When it came to Manolin and the rest of the DeBrelt story, the exploration of the island and even the two sinister government agents who seemed to be caught up in this, I was totally captivated. I think this was enough of a story in its own right to be published as a book on its own, perhaps with just a bit more exploration of the reef and the underwater creatures that are so briefly dealt with here. However, the other strand really let this book down and the two stories just did not belong together. I’d probably rate this as a 3 out of 5; very good in places but not really coherent as a whole. 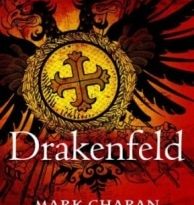