Shortly after the death of his mother, six year-old Abel Dashian wanders into a locked storage shed. He has a fair idea what he’ll find in there: nishterlaub. Forbidden articles of old and broken technology packed away behind lock and key. Abel is a precocious young lad; he turns the key, ducks into the room and begins exploring. The priests know it’s there, right? They collected it and put it away. So long as he doesn’t actually try to use any of it (lock aside), he won’t be acting against Stasis. Six year-old logic, right? When a pair of voices begin to speak to him, Abel assumes it’s the nishterlaub, which it is, in a way. He’s actually being spoken to by a computer and the reconstructed intelligence of a famous general. The General, Raj Whitehall. They take Abel on a tour of the shed, explaining this item and that based on his reactions, decide he is the one they have been waiting for, the boy who will become the man who will change the course of history. It’s a lot for a young boy to take in. Convinced he’s gone mad, Abel attempts to bash himself over the head with a stone. Center, the computer, repairs the damage and Abel leaves the shed with a terrible headache and two permanent guests.

A handful of years at a time, the story skips forward, showing us glimpses of Abel’s rise within the ranks of the Scouts, a militia unit attached to the military. It’s not the career his father, Joab Dashian, Military Commander of the district, wanted for him, but there is no doubt Abel has found his niche. Along with his own natural pluck, Center and Raj ensure Abel is an exemplary scout. He is brave and resourceful.

During his first foray out of the district, the Scouts run into Redlanders. These are the nomads of the desert and perceived as the enemy. Recent history of his planet tells of the Blood Wind, a periodic invasion of Redlanders that wipes out those living in the Land (as separate from the desert). The Blood Wind can be and is described as Zentrum’s punishment of the wicked. Zentrum is their equivalent of God, by the way. He’s not a god, though, he’s another computer.

The longer history of the planet is more complicated and, as the story progresses, we learn of the events that plunged Duisenberg back into the era of muskets and spears and why Zentrum strives to keep them there through the use of a condition known as Stasis. Advancement and innovation is not allowed. Fighting the Redlanders is allowed, but is presented as a futile exercise. The only way to stop a Blood Wind is through new weaponry and tactics, the very acts against Stasis that condemn the wicked to suffer and die.

Abel continues to mature and fight the Redlanders. Center continues to collect data. By the time Abel is seventeen and a lieutenant in the Scouts, everything is almost in place. A daring trip into the desert secures the final details. Another Blood Wind is due and with the help of Center and Raj, Abel intends to stop it.

A revival of David Drake’s General series, ‘The Heretic’ is Cowboys and Indians on another planet. Just replace the horses with weird, feathered reptiles and you’re set. The Farmers, those of the Land, have superior weaponry and tactics, but the Redlanders have the numbers and superior mounts. Every clash has an uncertain outcome. There are wins and losses on both sides. Beneath it all, there is the suggestion of politics, helping and hindering both sides. Then there is Stasis, Zentrum’s grand plan and Center and the general’s scheme to stop it.

Center often extrapolates a likely outcome based on available information and through this device, the reader is treated to scenes outside of Abel’s view. More than once, I envied Abel’s ‘gift’. If you count having the voice of a computer and the recreation of a famous general in your head as a gift. He has to be careful and cannot reveal the fact he is a heretic, by idea and action and he doesn’t always count himself as fortunate to have the company. But it’s an interesting relationship and what elevates this novel from just another from the ashes story to something unique and interesting.

All in all, I enjoyed ‘The Heretic’. It’s not something I might have picked out myself, but I’m always on the lookout for new takes on post-apocalyptic fiction. I loved the battles and I found Abel to be an engaging character. I adored Golitsin, his priest friend. I’ve already mentioned my jealousy regarding Abel’s two helpers. Discovering a world already known by fans of David Drake was a bonus and Tony Daniel’s take on it, the story of Abel and the questions posed by the conclusion, will ensure I look out for the next instalment. ‘The Heretic’ is just the beginning of a new adventure, and the battles within are only the first of a much longer war. 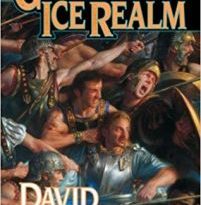 Goddess Of The Ice Realm (Lord Of The Isles Saga book 5) by David Drake (book review). 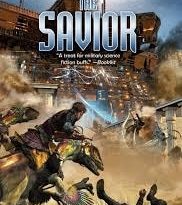 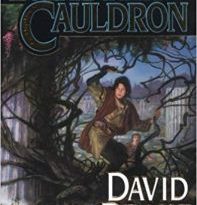 Master Of The Cauldron (Lord Of The Isles Saga book 6) by David Drake (book review).

Goddess Of The Ice Realm (Lord Of The Isles Saga book 5) by David Drake (book review).