This is the third and final instalment of ‘The All Souls Trilogy’ that started with ‘A Discovery Of Witches’ and continued with ‘Shadow Of Night’. If you have read the first two books in this trilogy, then you have probably been on the edge of your seat waiting for this book, ‘The Book Of Life’, to come out. If you haven’t read the first books in the trilogy then you need to go and do that now…go on, I’ll wait. It’s probably not a good idea for anyone who hasn’t read the first books to read this review unless you enjoy being spoiled. Matthew and Diana have just returned from their short foray into Elizabethan England while on their larger quest to learn the whereabouts of Ashmole 782. During this book, we are re-introduced to their friends from book one in the trilogy, with a few exceptions due to losses along the way. Diana uses her magical powers along with her ability to research to try and discover where Ashmole 782 has vanished to, along with some of the reasons it is so important. Matthew turns to science in his search, using his high-tech lab and army of hilarious lab assistants.

In the beginning, I had to admit that I’d forgotten exactly who many of the characters were, this was mostly due to the length of time I’d left between reading books one and two and now book three. It might also have been slightly to do with book two not involving all the present day characters as it was set in the past. You are plunged straight into the action with no helpful reminders who everyone is so maybe a bit of a re-read of books one and two might have been a good idea.

This is one of those books that you just cannot wait to get into and want to devour quickly because it is so good, but it’s also one that you wish would last forever as it’s that good. Luckily, Harkness manages to write it to such a length that I was happy even though it looks like a ginormous book it doesn’t go on and on like other authors have been known to do as their series carry on. You will need to devote a good few days to reading this book, as with Harkness’ other books, she drags you into the story and does not let you get out until you’ve finished, but in a really good way! I did let out a little gasp when I’d finished as I realised that it was all over and had a little bit of a book hangover.

As I’m writing this review, I’m finding it really hard to talk about all the great elements within it as it covers so much including present day witch covens and the politics between all the different types of creatures, Diana still finding out about her powers, oh and there are babies as well! This doesn’t even begin to go into the Ashmole secret, which you have to read the book to discover, I’m not that cruel to spoil the book for you. Basically, it’s impossible to cover everything in this review, so apologies if I’ve missed your favourite part.

Harkness has admitted in interviews that one of the reasons for writing multiple books in the series was so she could write in different styles and I feel that this really adds something special to the series. For example, book one is a traditional urban fantasy type book where a person is unknowingly magical and also along comes a vampire and some other paranormal creatures. Book two is a historical with paranormal elements, incidentally set Harkness’ favourite time period so there is a great deal of period detail. Book three is more of a scientific type thriller with a bit of family saga thrown in as well. Having these different styles means that as a reader I didn’t get bored with the story arc, in fact I feel I could go on reading more and more of this series if there were any more books in it.

Overall, I really did enjoy this book but felt that the ending was a bit anti-climatic, there didn’t seem to be a massive battle or huge revelation as things were revealed throughout the book. This is not to say the book wasn’t good, because it really really was good but don’t expect a massive explosive ending. Having said that, I feel the ending is right for the series and the characters within the series, they’re really not the explosive ending kind of characters. I do wish that Harkness or her publishers would produce some kind of CD or playlist of all the songs mentioned within the books as I felt that listening to them (as I did) added another dimension to the book, maybe this is an idea for the future? 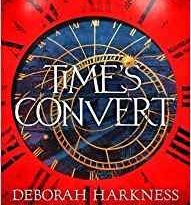 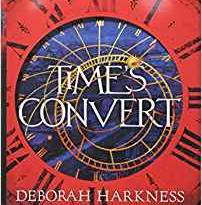