In late October 2012, just after Disney announced the acquisition of Lucasfilm and that ‘Star Wars Episode VII’ would be coming soon, Doug Chiang reached out to Production Designer Rick Carter (‘Jurassic Park’, ‘Avatar’, ‘Lincoln’) about the possibility of working on a new ‘Star Wars’ film. By January 2013, Carter was on-board with Chiang and the creative director of Industrial Light & Magic, David Nakabayashi. They were to drive concept art for the new film while Michael Arndt was writing the initial screenplay. Over the course of the next two years, Carter and Chiang would oversee the creation of hundreds of pieces of concept artwork detailing the locations, vehicles, characters and situations of the movie that would become ‘The Force Awakens’.

Let me be clear, this is a beautiful book. Produced as a 12″ by 11″ hardback, it contains over 250 pages of illustrations and paintings from the production of ‘The Force Awakens’. The book moves from Concept Art to Pre-production, Production and finally Post-production, all of which required art to help the filmmakers understand what they were trying to achieve. As such, it currently stands as one of the most in-depth looks at how ‘The Force Awakens’ was made available to read, at least until the Blu Ray is released or Cinefex publish their book of the effects work. There is also a ‘Making-Of’ book coming in October 2016. For now, though, ‘The Art of The Force Awakens’ reveals a lot of the thought behind what went into one of the most successful films of all time.

For example, early concept meetings were guided by pirate pictures from late 19th century illustrator Howard Pyle, nature pictures and Zen Buddhist illustration, Ralph McQuarrie concept art and stills from Kurosawa’s movies. Carter was determined that the conceptual phase should still be influenced by the same things that George Lucas was. We also see that for the much of the production Rey’s name was ‘Kira’ and that Kylo Ren was simply known as the ‘Jedi Killer’. Also of note is the co-ordination required not only between Lucasfilm and Bad Robot, but also between teams in California and London as production began in the UK.

There are all types of art archived here. Phil Szostak had responsibility for image research and archiving for the production team and has taken great pains to ensure that everything from pencil sketches to paintings to fully-rendered computer generated composites have been captured here. They all look great on the page, too. Even JJ Abram’s sketch on a post-it for BB8 has made the book, showing how the evolution of this character took place, too.

Perhaps the biggest surprise was that the artwork didn’t stop with production, but carried on past initial shooting. As Bad Robot were creating the digital shots for the movie, the design team from Lucasfilm were still supplying ideas and visuals into early 2015. The level of dedication and desire to create incredible worlds and characters is readily apparent. The attention to detail is enormous.

If you’re a fan of the ‘Star Wars’ movies or if you enjoy looking at wonderful Science Fiction and fantasy artwork then ‘The Art Of The Force Awakens’ is a wonderful book that will satiate your need to see more from the new ‘Star Wars’ universe. Yes, it is pricey at £25, but for once this book entirely justifies its price. One for the coffee table or bedside, to peruse once you’ve seen the film again and again. 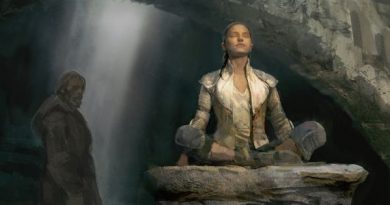 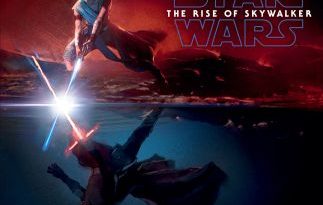 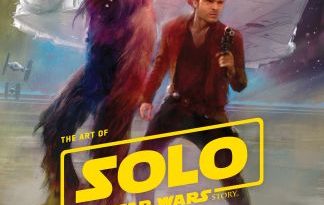