‘Terror Tales Of The West Country’ is the latest in the ‘Terror Tales’ series from Telos Publishing. Each book is devoted to a region of the United Kingdom and features supernatural stories interspersed with essays about real life strange occurrences in the relevant locality. They’re all good but I come from the west country and still live there so ‘Terror Tales Of The West Country’ strikes close to home. It’s all good weird stuff. Here are some of my favourites. 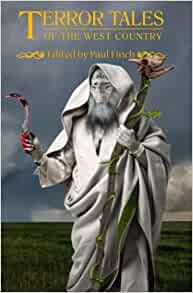 The anthology opens with a story set in Cheddar Caves: ‘The Darkness Below’ by Dan Coxon. A father visits the site with his wife and two children and panics when son Luke gets lost. The boy is found again quite soon but seem changed somehow. Did he wander off into some deeper part of the cave network and encounter something strange, something ancient? A solid, atmospheric chiller with good local knowledge.

‘The Woden Jug’ by John Linwood Grant is set in the village of Dundry, near Bristol, which was practically my back yard growing up. A villager opens a jug her father found buried years ago and unleashes a lot of bad luck. A friend gets Justin Margrave involved in the case. He’s a dealer in antiquarian objects and an entertaining protagonist. I learned some local history, too, so the story struck a chord.

In ‘Chalk And Flint’ by Sarah Singleton, plain Janice goes on-line dating and finds Nick, the perfect man. They marry and settle down to wedded bliss but then he turns out not so perfect after all. Meanwhile, Janice has found some ruins in the wood that only seem to appear on certain days. This neatly combines an all too common real-life story with the supernatural.

‘Epiphyte’ by Thana Niveau is original in the sense that the menace is not ancient gods or the usual suspects of weird fiction but rather some odd flora growing in a remote Devon woodland and on an ancient site. Well done.

‘Unrecovered’ by Stephen Volk has traumatised ex-soldiers volunteering on an archaeological dig as part of their therapy, excavating Saxon warriors from long ago. Professional Zoe hits it off with volunteer Luke and the real life relationship is nicely handled. The weird bit doesn’t make any sense, as Zoe admits, but the rest of it was good enough that it didn’t really matter.

Ed of Ilfracombe got dumped by his true love when young and turned to alcohol for consolation. Now he doesn’t even have that as his liver has packed up but ekes out a living as a tourist guide. He’s not a success with the ladies but a beautiful redhead chats him up in the pub. I liked ‘Gwen’ by S.L. Howe because there are many Eds in the world and they’re okay. Not victims on the news, just unsung plodders getting on with life.

‘Bullbeggar Walk’ by editor Paul Finch pits Devon farm labourer Ned against a London yuppie with a big salary who has just bought a house locally. Ned resents it that house prices are out of reach for young people in the district. His own cottage is worth crazy money but that makes no difference because he won’t ever sell it. Ned challenges the newcomer to take the bullbeggar walk but regrets it later. The creature in this feature is original.

In ‘Certain Death For A Known Person’, author Steve Duffy lures you into a cosy, happy family narrative with his pleasing first-person narrator and then socks you with difficult ethical issues. One of my favourites in the book.

‘Knifesmyth Steps’ by AK Benedict features a hen party haunting on Christmas Steps in Bristol, which used to be known by that more colourful name apparently and can be deadly at night. I enjoyed the story very much, despite having traversed the location on many occasions at all hours of the night without ever being accosted by anything spooky.

‘Terror Tales Of The West Country’ may pique people’s interest in the region but is unlikely to lead to an increase in the tourist trade. It’s hard to choose between deadly Devon and scary Somerset but staying home may be the best option! Paul Finch intersperses the fiction with interesting ‘true’ stories of local ghosts and ghoulies. This latest book in the series is as good as the rest and even better if you’re already familiar with the locality, as I do be. Best read with a nice glass of cider and a gert big lump of cheddar cheese, ooh arrgh! 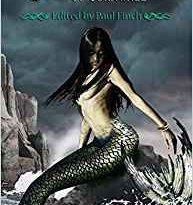 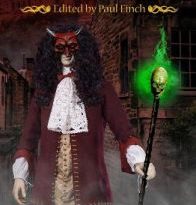