Oddly, I was after this graphic novel looking to see what Alex Ross painted prior to ‘Marvels’. After all, you don’t suddenly arrive on the comicbook scene without some form and ‘Terminator: The Burning Earth’ looks like his earliest work. 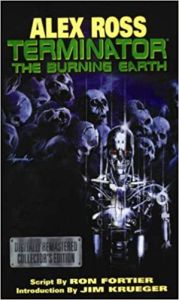 The original 5-part mini-series here follows John Connor and his assault team in the future doing their final assault on Thunder Mountain in a bid to stop Skynet finishing its job of annihilating the last 2% of mankind, deeming it hasn’t done a good job. I would wonder at the use of Skynet doing this with nuclear weapons, especially so close to its terrestrial base. I mean, a nuclear detonation with an electromagnetic pulse (EMP) will wipe out any computer technology and ultimately destroy itself. Anyway, discussions about the plot are definitely spoiler.

In some respects, Alex Ross’ art has an organic feel to it and you would have to wonder at the straight edge terminator chasses being a good choice. However, much of the story is at night with Ross making good use of light to make things work. His flair for people does come out from time to time and although I wouldn’t call it his finest work, I can see how it attracted people to see what else he could do. 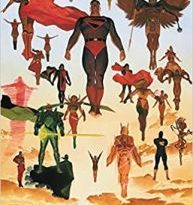 Alex Ross cartoon art tutorial: how to draw the Thing from the Fantastic Four (video).

Alex Ross cartoon art tutorial: how to draw the Thing from the Fantastic Four (video).