Poor Horace. In ‘Blood and Iron’ (part one of The Book of the Black Earth) he escaped death only to be tossed in chains. He was freed only to be sucked into the politics and intrigue of the royal court. In saving the life of Queen Byleth, he painted a rather large target on his back, the results of which make up his journey through ‘Storm and Steel’. He has drawn the ire of not one, but four separate armies, mad cultists and a powerful sorcerer who must remain unnamed to preserve the surprise. All of this, and he has magical powers he cannot control. His frustration is clear as he becomes little more than flotsam, tossed about by competing tides as the Akeshian Empire is pulled apart.

Alyra fares little better. In seeking to make her life better, Horace has actually made everything more difficult. More than once she has to choose between love and loyalty, which is a theme throughout ‘Storm and Steel’.

Jirom is a stalwart member of one of the four armies – a rebel force made up of former slaves and hired swords. His faith in Horace is sorely tested in ‘Storm and Steel’, as is his relationship with Emanon.

It’s difficult to summarise the plot of a sequel without spoiling the first book, but I will try. As I mentioned before, Horace’s actions at the end of ‘Blood and Iron’ drew just a little bit of attention. He saved the queen, but only so they might face the consequences. Nisus is assembling three armies to move against her, and the slaves want to be free. Imagine that. This fourth army, supplemented by mercenaries, is well placed to take advantage of her problems and distractions.

Horace, Jirom and Alyra continue to duck and weave through this landscape of conspiracy and betrayal, each looking for their own sort of freedom. But each is also the sort of person who feels responsibility for others. Hooray for heroes who are not self-serving! Though, honestly, I did have to wonder why Horace didn’t hoof it for the border when he had the chance. This is why I will never star in novel where anyone else but myself needs saving.

There are a thrilling number of chapters devoted to Jirom in ‘Storm and Steel’ and I enjoyed his point of view as much as ever. His role in the rebel army is vitally important. Jon Sprunk puts a lot of detail on the page regarding the building of this force, and the many problems that plague any army. The battle scenes are exciting, both from Jirom and Horace’s point of view. I also enjoyed Jirom’s acceptance of his role in everything. Humble is difficult to write, but Sprunk captures it perfectly in Jirom’s not-so-perfect character.

Impending war is not the only problem Queen Byleth has. Her court has some new players, and some of the old ones seem to have switched sides. As if navigating the politics of this brutal empire weren’t hard enough, these shifting alliances play havoc with Horace’s attempts to do what’s right for everyone. At no point is the intrigue so convoluted the reader cannot follow it, however. Sprunk reveals his plot in a pleasing linear fashion that constantly entices forward motion – not so you can figure out what the heck is going on, but so you can find out what’s going to happen next!

Speaking of which, I really want to know what happens next.

The trajectory and conclusion of ‘Storm and Steel’ is typical for a sequel, or any book in the middle of a series. You need to have read the first book and you’ll be left wanting afterward. It is an immensely satisfying read, however, because of the personal journeys of each of the three main characters. After being pulled this way and that throughout the novel, they each make a definite choice. Their victories are hard won. So, yeah, I really want to know where we go from here! Next title, as yet unnamed, is due out in the Fall of 2016. 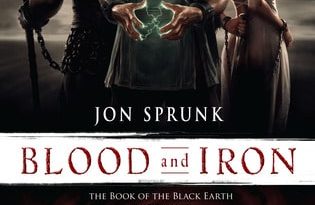 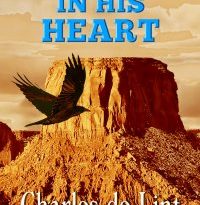 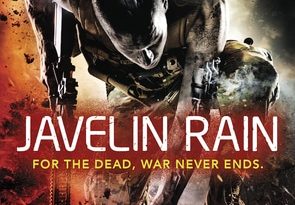