The genesis of a novel can sometimes be as fascinating as the book itself. In his later years, some of Ray Bradbury’s short pieces – stories, fragments and essays – were gathered in single volumes. In particular, ‘Match To Flame’ shows how his concern for the demise of books and reading developed over the years to reach a climax in ‘Fahrenheit 451’. Many other authors will happily talk about how they came to write a particular novel or story. This book, ‘Sparrow Hill Road’, has an unusual path to publication in this form. 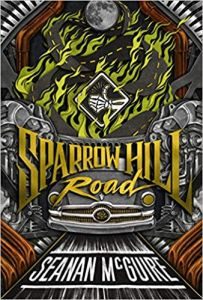 Urban legends are always intriguing especially as they are always said to germinate from a friend of a friend and often there are no survivors of the related incident. Considering the number of accidents, it’s surprising that more roads don’t have these legends attached to them. In many countries, there is the story of the phantom hitchhiker, the passenger that disappears further along the road from where they were picked up. Seanan McGuire’s creation, Rose Marshall, is one such.

She started life as a transient character in a role-playing game, then McGuire wrote a series of songs about her. Some of these are printed at the back of this book. The next step in Rose’s evolution was as protagonist in twelve short stories for the online magazine ‘The Edge Of Propinquity’. They were put up at monthly intervals and disappeared after a year.

‘Sparrow Hill Road’ is the ‘novel’ version of those stories. Each chapter can still be read as an individual piece but with a strong story arc threading through them. The short story format still shows through as Rose explains her situation at the beginning of each. When she was sixteen in 1952, she was on the way to her school prom when she was driven off the road. She is now a hitchhiking ghost.

McGuire has formulated the rules for her existence very thoroughly. There are levels to the ghost world. Our level is referred to as daylight. When Rose walks the roads in daylight she can become as solid as any living person as long as she is given a coat to wear. Sometimes she just rides, sometimes she can direct a driver along a shortcut through the ghost roads to avoid an accident that would otherwise kill them. If the accident is inevitable, she can be there to help them adjust to the circumstances of their death.

She is variously known as The Girl in the Diner, The Phantom Prom Date or The Girl In The Green Dress.

The first few chapters introduce us to her world and her place in it. Later, she tells the story of how she died and finds out the history of Bobby Cross, the man who ran her off the road and who still pursues her through the ghost roads. She cannot move on while he is still out there and, although she enjoys her mode of existence, she would like the freedom to choose. Her essential nature cannot change and she will always be sixteen but she is capable of learning and of making choices within the rules.

Whether or not the purists would call this a novel or a collection of linked stories is beside the point. Rose has personality, her world is consistent and taking a journey with this hitchhiking ghost is a very enjoyable experience for the reader. Of McGuire’s work, this is the book I have enjoyed most. 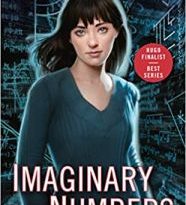 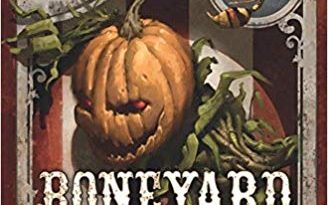 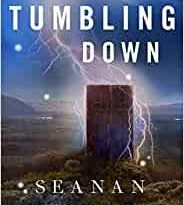 In An Absent Dream (The Wayward Children book 4) by Seanan McGuire (book review).