Before I start, I need to distinguish between being invulnerability and being indestructible. Although there are similarities, there is a distinct dividing line. Invulnerable people, when under a yellow sun like Kryptonians and Daxamites, are practically unstoppable. When this is combined with super-strength, they are also hard to imprison as well. However, they are sensitive to unusual choice objects or material including magic, kryptonite or lead or even someone more powerful than themselves so they have limitations. They might heal but at a more regular rate.

The level of invulnerability is also questionable. If they can inhale normal air to breathe and eat normal foodstuffs, how do their bodies tell the difference between poisonous gases or even no air at all, let alone poisoned foodstuffs and drinks? Presumably, their bodies make adjustments and digest it all or sustains itself in some other way. Latrine time must be interesting.

Also, don’t confuse this with the likes of the Hulk and other gamma-radiated people or the Luke Cage Power Man who are both close to being near invulnerable. Many super-strong characters just have to tense their muscles to stop objects penetrating their skin but not totally invulnerable. The sort of thing you do when diving into water to absorb the impact. There have been little testing as to what happens when they aren’t muscle tense although considering their muscles are always bulging, this might be a continuous state. 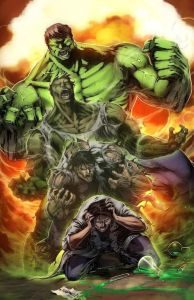 People who can change into stronger physical sizes and back tend to heal during the process but this does not mean they are indestructible. The likes of Bruce Banner and Jennifer Walters never show any damage taken in their gamma-forms. Shape-shifters are a different matter as their form is constantly changing so are self-healing under some limitations depending where their vital organs are located and how much strain they put on them.

Indestructible people have a tendency to quickly return to their normal form, even if they appear dead after suffering serious injury. We have examples from many realities from Captain Scarlet to Wolverine to Captain Jack Harkness to even Time Lords amongst others. As something of them is still there, they have regenerative abilities to bring themselves back to normal although the ability is out of their control. I’ll forego Deadpool since his power is similar to Wolverine, albeit after he was disfigured. Under normal conditions and left to their own devices, these people will return to the normal that they are customised to. However, if they are in adverse conditions, like in space or even buried alive, providing its deep enough, they are going to be a trapped indestructible and not likely to get out.

Being indestructible doesn’t mean you can’t be hurt, just that you have the knowledge that the pain will go away and you’ll be back to normal. If anything, you would just as much avoid pain or physical damage as much as any normal person. Again, it’s a matter of limitations and pain tolerance.

Of the examples above, it appears only Jack Harkness has been tested the most to the levels of his indestructibility and continuously painful agony and apparent death. Immersed in cement, although not for long. Voluntarily stayed entombed for a couple centuries so not to run into himself in the present although you would have to wonder what he did with his time even if he didn’t suffer muscle decay. Compared to these, jumping off roofs or inhaling and not suffocating on carbon monoxide without harm seems mild in comparison. Continuous regeneration means an extended life depending on how often that is allowed to happen. Harkness is also a temporal anomaly and only fits into being indestructible by default than choice as his body appears to be in a state of stasis.

What it does illustrate is that you might be extremely long-lived but you can be confined to the point of permanency to live a life of boredom while waiting for the materials you’re encased in to erode or for someone from a future generation to find and release you. One would have to wonder why insanity doesn’t creep into the equation but maybe the regenerative indestructibility doesn’t allow that to happen. You can outlive your enemies than fight them. 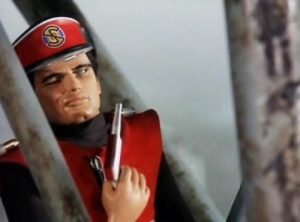 Whether it’s invulnerable or indestructible, the results can be similar. However, with indestructible, there is no telling how long this ability will last or its limits or the ability to age. It’s unlikely to be based on the length of the telomeres on the genes as that only determines longevity. That doesn’t mean it wouldn’t have an effect, after all indestructible people tend to revert to the same age each time. However, they would be free of cancers, as that would happen if there was any long-term cellular damage. Any off-spring are also likely to share a similar ability in all examples except for Paul Metcalf aka Captain Scarlet, who is a result of a Mysteron regenerating programme and where there is no knowledge of this happening.

The truly invulnerable who might not be infertile are not likely to lose their cell tissue or that would prove they have some form of vulnerability. Of course, this might not apply where they have apparent weaknesses but then you would have to ask what would happen should the impregnated female return to their own environment? Indestructible sperm would literally strip her to shreds within seconds. Larry Niven covered this topic in more detail in his article, ‘Man Of Steel, Woman Of Kleenex’ in his 1968 book, ‘All The Myriad Ways’, although he didn’t think of a non-invulnerable environment.

To be truly invulnerable would mean nothing can get in or out to the body. Hardly surprising that some people have thought truly invulnerable people would be encased in a force field. The nearest person to that was Angelo Unuscione aka Unus The Untouchable. The X-Men devised a way to keep his force field on all the time and showing how vulnerable he was when he unable to touch anything or even eat or drink. Presumable air got in or he would quickly have suffocated, although on two occasions this failure caused his demise. 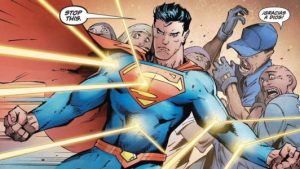 So we are now back to the pure invulnerability of the likes of Kryptonians and their off-shoot race, the Daxamites. On their own planets, they are relatively normal. Under yellow sunlight which charges their bodies, all their bodies and senses get enhanced, together with the ability to fly and invulnerability at apparent skin level. Presumably their super-senses can penetrate this invulnerability and would explain why it isn’t on all the time without some level of super-concentration. In fact, a lot of their powers can be explained from this invulnerability. I mean, if it keeps out gravity, then they are always flying and their bodies are a law to themselves as to where they go.

Their costumes are made of material from their home planets which tends to be seen as an inherent their level of invulnerability, presuming whatever causes it applies to all material. For Kryptonians, a radioactive isotope of the rocks of their destroyed planet can also be toxic. It would be interesting to see if they had similar problems with a non-radioactive version of the same material.

An odd contrast for Daxamites is their vulnerability is to lead, a fairly common element. Considering that their bodies absorb sunlight to charge themselves up and like a battery keep going until the next day, lead probably blocks this energy and even absorbs it and hence the fatal consequences in close proximity. A strange distinction between the two variant species. It would be interesting to know the lead content of the planet Daxam. Under normal conditions the available led might prevent their super-abilities from exhibiting themselves. Indeed, there also has to be a similar distinction for red suns and the wavelength intensity that neutralises their abilities. For both species, it is still unclear how long this charging of their bodies lasts before it runs down.

As already commented, even then these enhanced people are not totally invulnerable. Someone with a similar invulnerability is on par with and can inflict damage and even kill them. It is an equivalent of two impenetrable people colliding with each other and the damage inflicted. The death of Superman, beaten by Doomsday, is all down to a matter of restraint. The Man of Steel is continually keeping his super-powers in check and against someone with no restraint is unlikely to be the winner.

Invulnerability is a matter of degree and not impossible to beat. Any enemy of Superman is likely to rely on the known weaknesses because they act faster. Removing yellow sunlight is probably a better option but it apparently needs several weeks to totally deplete their energy source unless he can be confined on a planet orbiting, say, an orange sun. Conceivably, the powered inhabitants of Talok VIII could stop Superman in his tracks in a dark energy field providing he was held in it long enough. Invulnerability is all a matter of degree.

In many respects, being either invulnerable or indestructible is a passive super-ability. However, it does come into its own when being hit, providing that your opponent does not realise this is your key ability and targets how it works. In realities where there are many super-powered beings, then this is the one talent that improves your ability to survive.