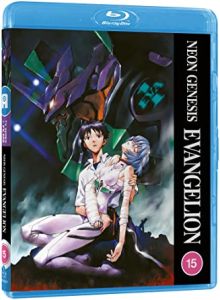 In 1991, Gainax, the anime studio that would later go on to create ‘Neon Genesis Evangelion’ (1995), made an OVA entitled ‘Otaku No Video’. The story of a young man named Ken Kubo who falls in with some anime fans that go about changing his life. ‘Otaku No Video’ is notable for the moment early on when, trapped in a lift with the anime fan club, Ken notices some strange behaviour.

After discussing a comics convention, the group had just attended, they proceed to set the elevator going with a series of statements straight out of an Ultraman or Gundam type series:

‘Captain! All crew members present and accounted for.’

Fast forward to 1993 and following the completion of ‘Nadia: The Secret Of Blue Water’ (1990) Gainax founder, creative and director Hideaki Anno has fallen into a depression. He begins to sketch out an idea based around the idea of ‘not running away’ and comes up with a mecha-type anime, similar to a previous concept the team had produced ‘Gunbuster’ (1988). The concept was not necessarily original: In a post-apocalyptic Tokyo, a scientifically advanced team of mecha pilots defend the Earth from alien threats. However, the combination of Anno’s fan knowledge about previous shows with his depression and tendency towards cynicism and satire skewed the approach outside of the traditional paradigm. The new show borrowed heavily from Judaic-Christian symbolism, the attacking aliens became ‘Angels’ and the defenders of the planet were not necessarily on the side of humanity after all.

What began transmission in October 1995 on the station TV Tokyo was a mixture of ‘Mobile Suit Gundam’ (1979), ‘Space Battleship Yamoto’ (1974), ‘Ultraman’ (1966), but also UK TV series such as ‘Thunderbirds’ (1965-66) and ‘The Prisoner’ (1967). ‘Neon Genesis Evangelion’ over its run of 26 episodes and two movies, all featured on this Blu-Ray set, would end up becoming one of the most important, influential, fascinating and bewildering anime ever made.

It is the story of Shinji, a teenager who has been summoned by his father to Tokyo-3, a new city built over the ruins of old Tokyo following a cataclysmic event known as the Second Impact, which wiped out a huge chunk of the Earth’s population. Shinji discovers that his father is the leader of a paramilitary  organisation called NERV which is dedicated to defending the Earth from an extra-terrestrial threat, the Angels. NERV’s key weapon in this defence are the EVAs, mecha produced with international funding to fight for humanity. Just one small problem, the EVAs require young, teenage human pilots to control them and that just happens to be why Shinji has been sent for.

Over the course of twenty-six episodes, a dark tale unravels about the nature of the angels, the mecha themselves and the price humanity has paid to protect itself. It throws multiple plotlines together, the cost of teenagers being able to pilot these huge death machines, the relentless onslaught of the Angels and the destruction they cause, along with the conspiracy created around NERV and the backstory of why this is all happening. We even, rather uniquely for a series from the mid-90s, get a whole flashback episode dealing with the effect of the Second Impact some twenty years before the events in the main series.

So far, so dark, but what also makes ‘Neon Genesis Evangelion’ standout is its humour. Shinji ends up having to live with his commanding officer, an attractive woman named Misato, who drinks far too much beer and has a pet Rockhopper Penguin called Pen-Pen. Episode 1 even finds room for a quite funny dick joke at Shinji’s expense, which wouldn’t be out of place in a ‘Carry On’ film. It may be puerile sometimes but, in this series, a little levity goes a long way. The show also had the most ridiculously addictive and J-Pop-tastic theme tune ‘A Cruel Angel’s Thesis’, which despite its title, I guarantee you can dance to.

By the time we get towards the end of the series and the situation for NERV becomes grimmer, the humour has fallen away, however rather than get the apocalyptic ending we might expect, something strange happens and all because the series ran out of time and money. The last two episodes focus on the ‘psychological effect’ of what has happened to our lead characters and use a montage of live-action footage, animatics and concept art to try to explain this ‘effect’.

However you can’t get away from the fact that the production burden had simply been too much on Gainax and its associates. For many fans, while interesting, it wasn’t a satisfactory conclusion and so two follow-up films were made. ‘Death & Rebirth’ (1997) which contained a retelling of the last twenty-six episodes from borrowed material and then a further twenty-four minutes of new animation. Then ‘The End Of Evangelion’ (1997) which reused the last twenty-four minutes of ‘Death & Rebirth’ but then added over another hour of new material to give Evangelion the ending it needed.

For years the show was only available in the US or Japan, with DVD box sets fetching hundreds of dollars, it is therefore very welcome that All The Anime have brought the series out on blu-ray for fans to own in the UK and beyond, too. Despite now being available on Netflix in the UK and US, the show benefits from the blu-ray treatment and the EVAs epic battles against the Angels have never looked so good. Included on the release are a number of bonus materials such music videos and TV commercials, as well as abandoned live action footage from ‘The End Of Evangelion’. There is some limited background material provided by the feature ‘Genesis 0.0: In The Beginning’ which was a short film for VHS made back in 1995, featuring interviews with Yoshiyuki Sadamoto: Character Designer, Motoki Ueda: Producer, Kazuya Tsurumaki:Assistant Director and Hideaki Anno himself.

There is some interesting background context here, such as Misato’ s character being based on Fujiko Mine, a character from ‘Lupin III’ (1971) or Anno talking about the central characters’  asocial personality traits. Personally, I would have loved to see more recent making-of material or interviews with Hideaki Anno, a very busy guy, by all accounts, given his live action schedule, talking about his thoughts on the series now, but if you have the cash there are Ultimate and Collectors Editions which have different sized books (156 pages in the Ultimate, 40 pages in the Collectors) which I’m told contain additional artwork, a timeline and episode breakdown.

In summary, ‘Neon Genesis Evangelion’ remains one of the most exciting, terrifying and philosophical anime ever made. It should be on the shelf of any otaku determined to own all of anime’s classics and in its own right should be considered as an incredible TV series that easily stands-up alongside some of the best the genre overall has to offer. Plus it also has giant robots kicking all kinds of crap out of each other and who doesn’t love that? 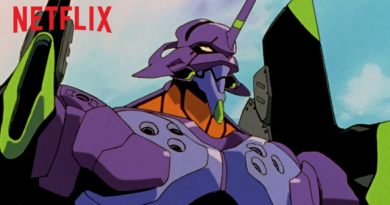 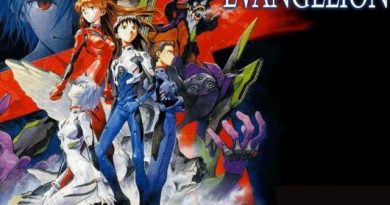