The sixties, man. Social upheaval. Youth counter-culture. If you can remember it you weren’t really there, huh? I was there but I was too young for drugs or alcohol so I can remember some of it vaguely. It’s probably false memories of stuff that I read and listened to later and so associate with childhood. I’m not sure that at age six, I would have truly comprehended the awesome majesty of Galactus and I doubt that, aged seven, I fully appreciated ‘Sergeant Pepper And His Lonely Hearts Club Band’. But who knows? Maybe I did. ‘Marvel Comics In The 1960s’ is a cultural history of one aspect of that energetic decade. The sixties are now fit material for study and the arts of that era can be respectably subject to academic scrutiny, even the ten cent comicbooks. Like an academic, Pierre Comtois has an overall thesis which he lays out clearly and supports with numerous examples. The overall thesis is that the Marvel Comics of the 1960s collectively comprised a kind of revolution that changed the genre completely, a little cultural upheaval in its own sphere. The supporting examples read like the Mighty Marvel Checklists that appeared on the Bullpen Bulletins Page of those bygone days to inform the reader what other ripping yarns were available. As Marvel’s distribution deadlock by National Periodicals/DC Comics at the time only allowed them eight titles a month, this was, for a while, not too much for a fan to cope with.

The plot summaries are excellent but neither they nor the rest of the book are written in a dull, academic style. No! They are delivered in the manner of Stan Lee with plenty of enthusiastic exclamation marks! A lot of the material deserves this as is amply demonstrated by the many stunning illustrations that accompany the text. The best thing about the checklist approach is that it enables comparison between titles year by year. When nostalgic old folks read the blockbuster reprint editions (‘Essentials’ or ‘Masterworks’ according to your means) it’s easy to lose track of what was happening overall. Here it is obvious that the Galactus epic which concluded in The Fantastic Four # 50 (May 1966) was followed only months later by the spectacular clash between Eternity and Dormammu in Strange Tales # 146 (July#1966). So Kirby and Ditko were both hitting their cosmic peak that summer and in August 1966, the Beatles released their LP ‘Revolver’. It was great to be alive.

Pierre Comtois divides the era into the formative years: the years of consolidation and the grandiose years. The formative years began with Fantastic Four # 1 and seem to have stretched to issue # 24 of that series. Along with The Amazing Spider-Man, this was the magazine that anchored the whole enterprise. They were poles apart really, the FF doing SF while Spidey did gritty realism. Each was particularly well suited to the respective artists, Jack Kirby and Steve Ditko. Stan Lee was versatile enough to script both in an appropriate style. His other clever idea was to address the readers directly in the bulletins and letters pages. Comic creators had formerly been aloof and often anonymous. Stan, naturally gregarious, broke with convention and made the readers feel like part of the gang.

Comtois has Fantastic Four # 25 as the start of the years of consolidation. Here the Avengers and the FF team up to battle the Hulk in New York City and it was a significant step. Cross-overs had already become quite common but this was one of the first multi-issue stories. During the formative years, the creators were finding their feet and introducing the new characters: Thor, Iron-Man, Captain America, the Fantastic Four, Spider-Man, Ant-Man/Giant-Man, Doctor Strange, the Hulk, the X-Men and the Avengers. The only major hero still to come was Daredevil. Numerous super-villains that would stand the test of time had also been established: Doctor Doom, the Skrulls, the Mole Man, Loki, Doctor Octopus, the Sandman, the Vulture and the Lizard. During the years of consolidation these elements were more closely woven into a comprehensive ‘universe’ with its own internal consistency. In some ways, this was the best part, I think. The plots were more complex but not over-blown and the scripting was intelligent but not grandiose. They were compact, efficient stories.

Then come the grandiose years which Comtois dates, indisputably, I think, from Fantastic Four # 45 – ‘Among Us Hide The Inhumans’. Joe Sinnott took over the inks on the flagship title and Kirby’s pencils had never looked so good. Meanwhile, Thor’s cast had expanded to include Hercules and the Greek gods and he launched on a long chain of great adventures with trolls, colonisers, beast-men and, ultimately, Ego the Living Planet. Stan Lee leavened Kirby’s cosmic grandeur with humanity and wit. Working with other artists on other titles, he was able to focus more on characterisation and realism, which usually meant soap opera. Every Marvel hero pined for some unobtainable woman and usually got her in the end. Along the way there were great villains, neat stories and, above all, great pictures. The Marvel method of a loose plot outline left the artists with more freedom to strut their stuff and they did. On the old Lee/Kirby who-did-what debate, Comtois leans more towards Lee, I think. However, he rightly highlights the stunning work of Ditko and also pays attention to other good artists, particularly Gene Colan. It’s nice, too, that he gives due credit to some underrated pros like Don Heck and Dan Adkins.

I believe this division of eras is pretty much the standard view with the latter part of the decade often characterised as the years of decline. Ditko had gone, Kirby left and Stan went off to peddle the wares rather than produce them himself. Still, they were great days while they lasted and they are elegantly summarised, analysed and glorified in this excellent book.

Don’t be put off, as I was initially, by the fact that it seems to be just a set of reviews. There’s more to it. As well as spectacular pages from the comics there are photos of the creators with informative short biographies of their careers. This is not one to read straight through but rather to pick up and delve into in random brief episodes of spare time. It’s a coffee table book or, less politely, one to keep in the toilet.

The sixties, man. It sure was a great time to be alive. Why, I believe they even invented sex. 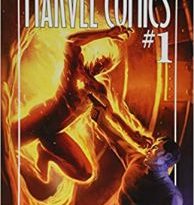 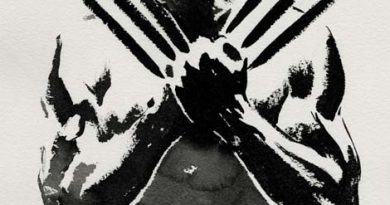 The Wolverine gets postered. 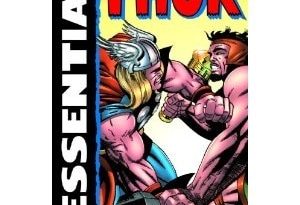