I have completed the ‘Great North Road’ and it’s an epic trek taking you to places you would never otherwise visit, meeting both extraordinary and ordinary people. I said it was an epic trek and it is, taking 117 days with the journey starting on Sunday January 13th 2143 and ending on Thursday 9th May 2143. Complete with updates from June 2152 and sometime in 2377, the reader is faced with a whopping 1,087 pages with which to complete the trek.

The story opens with Detective Sidney (Sid) Hurst of the Newcastle Police investigating a mugging during a very cold night in Newcastle. Accompanied by his partner, Ian Lanagin, and with only 20 minutes of their shift left, they are called on to investigate reports of a body found in the river Tyne. This is not just any old body, though, it’s a North. The Norths are extremely rich, powerful and descended from clones of Kane North. The three original clones, Augustine, Bartram and Constantine, form the Northumberland Interstellar Corps, based in Newcastle which grows to be an extremely big, powerful company specialising in the production and supply of bio fuels. Subsequent generations of Norths are known as 2Norths, 3Norths etc. Unfortunately for Sid, the body appears to be a 2North and he was killed in a very peculiar fashion.

To make things worse for the police team investigating the murder, the Norths not surprisingly take an active interest in the case assigning Northumberland Interstellar’s security director Aldred North to act as liaison to the team. If that were not enough, things become more complicated when the Human Defence Alliance (HDA) arrives to take charge of the investigation. The HDA was formed to protect humanity principally from the Zanth but more of them later. There is interest in the case as 22 years earlier Bartram North and members of his household on the planet of St. Libra were slaughtered. The manor of their killings had very similar characteristics to the way the unfortunate 2North met his death before being dumped in the Tyne. A survivor of the slaughter on St. Libra, Angela Tramelo was convicted of the killings shortly after the incident and jailed for life.

What we have in the ‘Great North Road’ is essentially two very good books. There is the police investigation of the killing of the 2North and the tale of Angela Tramelo as she is brought back to St. Libra as part of an expedition by the HAD to investigate claims of an alien monster she made 22 years ago during her trial.

The two stories touch at very few points although the progress of the police investigation does influence the HDA’s opinion of Angela Tramelo at various times. In the first half of the book, it was the police investigation which really caught my attention. This is set in a Newcastle that is both familiar and futuristic. Imagine cars that drive themselves, smartcells sprayed on walls and roads that can monitor in finer detail than any existing CCTV and a trans-world gateway to St. Libra. It’s all there in the Newcastle of 2143, along with the crime and corruption you could expect today. I would like to think that we don’t have the levels of corruption detailed in the book but I’m probably leading a very sheltered life. The investigation by Sid Hurst and his team of mostly honest coppers is very well done. They employ virtual reality, computer monitoring with traditional methods while having to deal with departmental politics, the Norths and the HDA.

As the police investigation stalls Angela Tramelo’s story starts to grab the attention. Her only defence at the trial 22 years ago was that a monster did it and ran away which let’s be honest, sounds a bit weak. Angela had no explanation as to why it had killed everyone else but let her live. The fact that Angela fled the scene and attempted to escaped back to Earth using a disguise did not help her case. The similarities in the killing of the 2North with the slaughter of the Bartram household all those years ago prompt the HDA to mount an expedition to a remote part of St. Libra to see if there is any credence in Angela’s wild monster story. The details of how the expedition is assembled in Newcastle, moved through the gateway to St. Libra and onto the forward base is interesting in itself. It is interspaced with flashbacks to earlier events to fill in the background. It quickly becomes apparent that there is more to Angela, a heck of a lot more.

The flashbacks to earlier events also add detail to the Norths family empire and humanity’s encounter with the Zanth swarms. The Zanth seem to come from another dimension opening rifts in space-time to rain down alien matter onto a planet. The alien matter corrupts or devours normal matter and despite HDA’s best efforts they are unable to stop a swarm once it arrives. The Zanth remain an enigma throughout the book. There is no understanding of what a Zanth swarm is or any real protection against it. The Zanth just is.

The police investigation reaches a surprising and dramatic conclusion but there are still 200 pages to go. With Sid’s story out of the way, the attention switches to the senior Norths and then to the expedition on St. Libra. Not surprisingly the expedition on St. Libra has not been going well. It might have been better had it been properly equipped but the HDA is a large governmental organisation and suffers from a governmental bureaucracy. When people start to die, the tension mounts. Initially, the deaths look like accidents but as the body count mounts its clear something has started killing members of the expedition. Is Angela up to her old tricks again?

To compound the expedition’s problems, the local star develops a rash of sunspots lowering its luminosity and cooling St. Libra’s atmosphere. Up to this point, St. Libra had been a warm temperate planet but with the temperature plummeting below freezing, the expedition has to deal with thunderstorms, hail, gales and lots of snow. Considering that they are equipped with shorts, vests and a lot of sunscreen, the members of the expedition do not enjoy the change in weather.

One of the interesting things in this future society is that the higher echelons of the HDA have a high proportion of Gospel Warriors, a cult of devout, zealous Christians. Their belief in God and his purpose for them gives them an interesting perspective on events. It also has a bearing on their decisions with devastating consequences for the hapless expedition. The religious aspect is another one of the many different things in this near future environment.

In the ‘Great North Road’, Peter F. Hamilton has created a credible environment that is both familiar and futuristic. The characters are believable and in some cases, represent what could happen if you extrapolate existing medical treatments. None of the characters is perfect with even our leading detective Sid having secondary bank accounts to avoid taxation. It’s the way these characters have come to deal with the environment they live in that makes the whole thing believable. It is certainly one of the best books I have read for a very long time. Buy it. 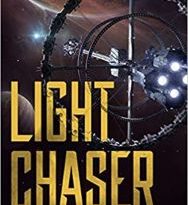 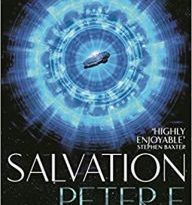 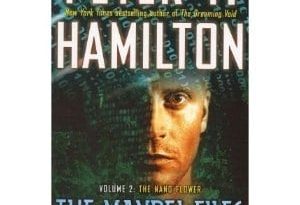