In the spooky film Ghosts of War written and directed by Eric Bress, five veteran US soldiers are sent to hold a historical French Chateau close to the end of World War II.

Sadly for them, the landmark was formerly occupied by the demon-worshipping Nazi High Command. The troops’ unexpected respite from frontline combat rapidly descends into horror when they encounter a supernatural force far more terrifying than the wicked Germans they fought on the battlefield.

The movie stars Brenton Thwaites as the company’s GI officer, who also plays Dick Grayson and Nightwing in the DC Universe TV series, Titans. I hardly recognised him under that short buzzcut! 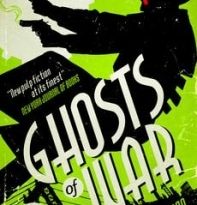