Good Omens, the BBC TV production for Amazon Prime and BBC2, will see Mark Gatiss (Sherlock, Doctor Who) and Steve Pemberton (Psychoville, Inside No. 9) join its cast as filming of Neil Gaiman’s six-part adaptation finishes up in South Africa.

The pair will be taking on the roles of mysterious book-buyers Harmony and Glozier and follow in the footsteps of their fellow The League of Gentlemen star Reece Shearsmith who was revealed last year as playing William Shakespeare. They will be joining leads Michael Sheen and David Tennant who are currently shooting in locations in and around Cape Town, South Africa. Also joining the pair will be Jamestown actress Niamh Walsh playing the part of Rose.

Neil Gaiman told SFcrowsest, “Part of the joy of Good Omens is getting to see what our angel and demon have been doing during human history. And part of the joy as a writer is writing parts with specific actors in mind. Steve Pemberton was my only choice for Glozier and Harmony has to be Mark Gatiss, in a film noir interlude set in 1941…”

Mark Gatiss added, “I’m delighted to be working with David and Michael again and of course with Steve – bringing a little film noir menace to such an exciting project. Being bad never felt so good!”

Filming of the Good Omens TV series will wrap up in March 2018. 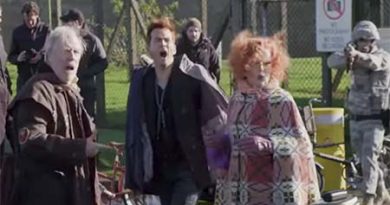 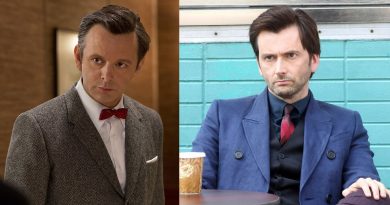