Just another day with the Ponds in the TARDIS. The Doctor has landed them on the planet Hope Eternal. It’s like Earth but super-sized. But they don’t get much time to admire the amazing view before their eyes are drawn to the belching volcanoes. So it’s beautiful but potentially dangerous. This planet has been colonised by humans from Earth reaching out to the stars. The other blot on the landscape is the corpse in front of them. The giant being with enormous arms and scales is a Nu-Human, adapted for life on this challenging frontier planet. They find out that this is not the first death and, before long, are knee deep in investigations.

This is a good reading by Raquel Cassidy and she could almost be Amy. The lines are well written and reflect the pacing and modulation of the three lead actors.

With ‘The Nu-Humans’ wrapped up in an hour, there isn’t much time to develop any other characters and this is really focussed on the three leads. They manage to sketch in a background which the listener can fill in the gaps from previous encounters. It says all the right things about how we should treat people and it has plenty of the ticks and flounces of the Eleventh Doctor and his companions.

Cavan Scott and Mark Wright’s story captures the concerns of the current Doctor and the dialogue feels like the authentic voices of the three travellers. These guys are talented and make the most of the story but it feels slight at one hour and everything comes off a little too pat. ‘The Nu-Humans’ feels too much like a morality tale. It’s not as jokey as the TV can be but there is still the insistence of making it about Amy. The plot is simple enough and both the writing and presentation make the most of the time available.

I can’t honestly say I enjoyed it as much as other stories by the same authors but it does the job of proving an hour’s entertainment. 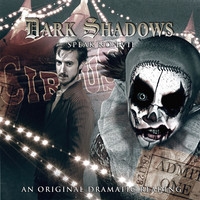 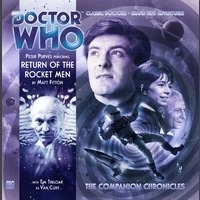 Doctor Who: Masters Of Earth by Mark Wright and Cavan Scott (CD review).