There’s a little local difficulty on the campus of Frodsham University. It’s 1983 and, with a big conference coming up on the warrior Queen Æthelfrid, history Professor John Bleak (Anthony Howell) is anxious to make sure it all goes off smoothly but the students are revolting. With departments about to be slashed and no one is happy. Meanwhile, there’s some after hours experimenting going on and not just in the physics lab. There, Dr. Phillipa Stone (Abigail Thaw) is working overtime with time in the hope it might save the University from the deepest cuts. When the Doctor (Peter Davison), Tegan (Janet Fielding), Nyssa (Sarah Sutton) and Turlough (Mark Strickson) arrive there is already enough confusion. They need an excuse to stay because the Doctor is already investigating something and, being used to deception, they slip easily into their roles of visiting Professor Tegan from Wollongong with her entourage including Turlough, the eager buffet snaffler.

When history becomes a little too real for Tegan, the adventure gets going and she comes out of her shell(!) as she takes on the Dark Ages and wins. Our feisty heroine, historical sword in hand, proves her abilities particularly in keeping the foolish professor safe from the wrath of the Queen herself. Along the way, Turlough exercises his tea making abilities and Nyssa gives Professor Stone some straight talk. Also, there are nuns!

Hurrah, it’s time for Tegan to take centre stage. ‘The Lady Of Mercia’ is a mix of history and time travel and a little bit of campus intrigue. It’s a bit of an homage of Peter Davison’s other role in ‘A Very Peculiar Practise’, a quirky campus satire that he did after ‘Doctor Who’. It’s also set in the North and writer Paul Magrs, himself based at a campus university, has plundered history for this tale about Queen Æthelfrid, daughter of Alfred the cake burner and its simply great. 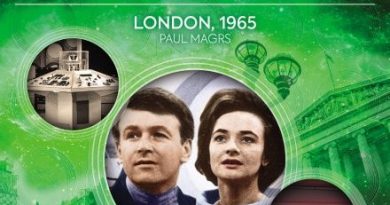 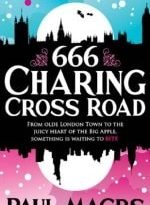 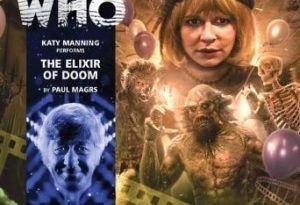 Doctor Who: The Companion Chronicles: The Elixir Of Doom by Paul Magrs (CD review).