I wonder when it happened outside of TV continuity that the Doctor became the guy to ring up when there was a problem outside of a people’s control? Last time, it was Churchill, now in 2367AD, a team in India. Is this a subliminal plot to sell novels for these missed events?

The Doctor isn’t correct when he says he’s never led a gang before. What were they when he was in his fifth regeneration when he had four people on the TARDIS and for a longer period? This isn’t to say that there wasn’t some skilled use of the five extra companions this time around and with two of them, a reminder that he often goes out of his way to meet interesting people in his travels, but it was still a touch of convenience plotting to give them all something to do.

Probably the oddest thing was having the TARDIS materialising around the Ponds than letting them walk in through the door like they normally would do. It was just a convenient way to get Rory’s dad, Brian, into the adventure by mistake. Adding this facet to the Doctor Who mythos and something only the Master had done previously, in the Doctor’s fourth regeneration, is of some concern because it would also mean that he can remove companions or unwanted guests the same way now. Part of the interest with the TARDIS is that it doesn’t fully function, not to be made a convenient tool like the sonic screwdriver to do plot necessities because it hasn’t been done before.

Is there anything good? I like the idea that the spaceship was a Silurian Ark. After all, they couldn’t all have stayed on Earth with the Ice Age that had them hibernate. The special effects was near perfection this time and it’s a shame the BBC have dropped their ‘Confidential’ series because it would have been interesting to see behind the scenes of this episode. It was a bit odd that the humans on Earth and the Silurians both had similar touchscreen technology.

Something else that is worrying is that as despicable a villain that Solomon was, this is another first that the Doctor knowingly arranges for someone to die. A bit odd for someone opting for peaceful solutions or a fate with some irony. [Before anyone points out the sixth regeneration Doctor annihilating Skaro, there was no indication that all the Daleks were there when he did so.]

There, a review without even mentioning the dinosaur ride, although its s shame Amy missed out on that. Don’t forget to carry a mini-shovel, medical kit and golf balls if you ever get invited for a little adventure.

I’ve had a couple emails the morning after I put this on-line pointing out that the Doctor has killed in the past. Just in case you think I’ve forgotten my Who history, I think you’ll find all of those, with the exception of Skaro, were done when he and his companions were in immediate danger of being killed themselves. With Solomon, this wasn’t a case of self-defence.

We’re going to be having an active feedback on this new site shortly, so we should be in for some interesting tussles. 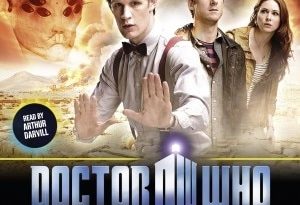 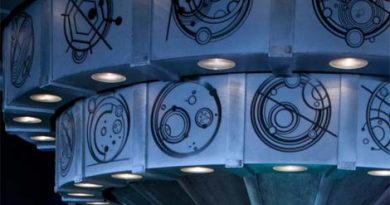 Mercy me… the Doctor goes West.