‘Cold Magic’ by Kate Elliott kicks off with the rather chilly statement: ‘The history of the world begins in ice, and it will end in ice.’ Ice and cold obviously play an important part in the novel but no worries, reading it will leave you feeling warm and cosy. The story takes place on a parallel earth. So let us first take a look at the setting. Two thousand years ago, Romans and Phoenicians had battled to a standstill and finally kept their sovereign territories: the Romans on land and the Phoenicians at sea. All of this happens while the ice age lasts and covers parts of northern Europe to the present which is the reason for there being a land bridge between the continent and England, where in our world is the English Channel.

Over time, the Roman Empire weakened and, one by one, the Celtic chiefs returned to their old ways and restored their ancient principalities. But although they cast out their Roman overlords, they thought it came in handy to keep those Roman things which suited them like roads, bridges, aqueducts, a calendar (the present of the novel is the Augustan year 1837, which would be 1867 in our calendar), laws, literacy and the city ways and city speech of Romans.

When about four hundred years ago the Persians swept across northern Africa and conquered Qart Hadast (better known as Carthage on our Earth), many Phoenician families were forced to flee north, where they were welcomed with open arms by the Celtic princes in exchange for a tax on their profits. A hundred years later, the great salt plague broke out south of the Sahara, when ghouls crawled up from the depths of the salt mines and tore apart the empire of Mali. The catastrophe drove many West African refugees with their gold, horses and magic north to Europe. The members of noble houses from the south married into northern noble families. The southern Mande sorcerers encountered like-minded spirits in the Drua of the north and so the mage Houses were founded. Yes, you’ve read right, magic actually exists on this Earth. The titular cold magic the mage Houses are using being fueled by ice and the spirit world, they thrived near the ice in northern Europe.

But not all refugees fled north. A fleet from the crumbling Mali Empire sailed west and finally reached a continent named Amerike, after the Celtic explorer Rhisiart ap Meurig. In southern Amerike, they met previously unknown human nations, in northern Amerike the trolls, a race descended from dinosaurs. The trolls were very interested in the newcomers on their land, sent an expedition east, reached Iberia and established a new trade route. They came into conflict with the princes and mage Houses of Europe because they brought new technologies with them, which were thought to endanger the mage Houses’ supremacy. In the present, this results in an impending conflict between magic and technology which is foreshadowed by a cold mage sabotaging an airship.

This is the background for the story of Catherine ‘Cat’ Hassi Barahal, child of a Kena’ani (aka Phoenician) merchant family. Cat, having been orphaned as a baby when her parents died while crossing a river, was raised by her aunt and uncle along with their own daughter Beatrice. The story starts when an envoy from Four Moons House appears at the doorstep of the Barahal family to claim their eldest daughter as his bride. Cat being a bit older than Bee is the chosen one and has to marry Andevai, the most powerful cold mage of his generation.

Cat then travels with Andevai to Four Moons House, a journey that showcases the revolution that is imminent. On the way, they are hunted by villagers and meet a colourful group of travellers, consisting of two trolls and two humans. At Four Moons House, Cat learns, by using her ability to blend in with the background, that Andevai chose the wrong girl. Her uncle deceived him and used Cat to save his natural daughter from her fate. The master of Four Moons House orders Andevai to kill Cat because it is the only way for him to end his marriage to her and then marry Bee.

Cat, understandably enough, flees. She can escape the cold mages by moving into the spirit world and there learns about her heritage, having ties to the spirit world she never would have dreamed of. In the end, she succeeds in finding Bee and the travellers she met at the beginning, who also seem to be tied to her fate somehow. Despite an eventful novel, there are still enough mysteries left for the next two instalments, eg what really happened the night Cat’s parents died.

‘Cold Magic’ is sometimes described as an Afro-Celtic post-Roman ice-punk Regency novel with airships, Phoenician spies and the intelligent descendants of dinosaurs. That description fits it well. Kate Elliott very successfully weaves disparate seeming strands together to an interesting world tapestry which is quite beautiful to behold. Though the author uses some tropes of the Regency novel (the impoverished upper class family, the orphan raised to be a replacement for the true daughter, the forced marriage), she doesn’t use them the way one would expect. Beatrice ‘Bee’ Hassi Baharal, for example, could have turned out to be the spoiled brat she would have been in the hands of many other authors. Instead, she is like a sister to Cat and the sole reason the heroine endures what she has to and, if I am interpreting the signs right, Bee will be given a more important part in the next novel.

Add to that a working magic system, engaging characters even in minor roles and a well-paced plot and you’ve got a novel that is really entertaining. Furthermore, the Europe in which the novel takes place is not primarily white, many of the characters are of African, Phoenician or mixed descent, an aspect Kate Elliott does not force upon the reader. The only thing I didn’t like is the cliff-hanger at the end, but it had to be expected in the first book of a trilogy. Even though it is targeted foremost at younger women, I am looking forward to read the next instalment of the adventures of Catherine ‘Cat’ Hassi Barahal, her cousin Bee and their group of friends. 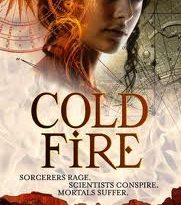 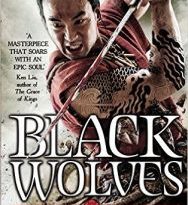 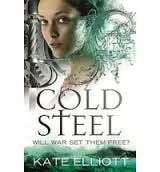