One certainly cannot go wrong when presenting Marvel Comics super-heroes on the big screen as these action-packed gems mean big business at the box office. Okay…maybe with an exceptional dud here and there ( ‘Thor: The Dark World’ anyone?) the Stan Lee universe continues to rule at the cinema complexes worldwide with larger than life crime-fighting characters colorfully assaulting our eyes in glorious shades of animated vibrancy. Well, thankfully ‘Captain America: The Winter Soldier’ continues on the blockbusting tradition of stimulating escapist movie-making as we approach the busy summertime movie season. On the heels of 2011’s underrated ‘Captain America: The First Avenger’, ‘The Winter Soldier’ looks to eagerly tap into the Marvel mindset of the feisty fare that set in motion the hero-worshiping popcorn pleaser genre with such fodder as contemporaries in the ‘Spider-Man’ film franchise,  ‘The X-Men’ movie series and, of course, ‘The Avengers’. Oddly, the ‘Captain America’ reigns have been handed over to the unlikeliest of a directing brotherly tandem in Anthony and Joe Russo (2006’s forgettable comedy ‘You, Me & Dupree’) called upon to breathe some zesty imagination in the powerhouse patriotic prince. Surprisingly, the Russos (along with screenwriters Christopher Marcus and Stephen McFreely) helm a spry spectacle that stays true and strident to the ‘Captain America’ mystique. ‘The Winter Soldier’ is solid and creatively boisterous as it delivers a whimsical punch while pitting our heroic costumed cad in today’s societal strife of terrorism.

Interestingly, predecessor ‘The First Avenger’ is closest to its comicbook origins as Captain America existed in World War II-era conflict which meant a more nostalgic and old-fashioned style of combating sinister forces of evil. Refreshingly, ‘The Winter Soldier’ takes place in contemporary times where modern-day threats are more sophisticated and sinister based on an advanced technological world just yearning to be challenged by extraordinary custodians of justice that begs for Captain America’s brand of protective services. The wise element that remained intact was the dastardly organisation Hydra, the constant thorn in the Captain’s side that was a holdover from the last installment. Importantly, ‘The Winter Soldier’ maintains its sense of jingoistic vibes regardless if the honourable Captain America were tackling wartime Nazis in the Cold War canvas or confronting nuclear terrorists in the millennium age.

Steve Rogers aka Captain America (Chris Evans) is starting to become disillusioned by the imagined whispering at the protection agency S.H.I.E.L.D. In other words, Rogers/Captain America is demonstrating an outbreak of paranoia because he is questioning the secretive motives of his governmental outfit. There is an uneasiness about how the Captain feels about some of the arbitrary missions he has been sent on as if to simply send him out on a whim to get rid of his presence. Just what is S.H.I.E.L.D. hiding anyway? Why is Rogers feeling like he is out of the loop or that his agency does not seem to have the best interest of the world’s citizens it is designed to protect from harm? Is it time for Captain America to investigate the goings-on of his constant suspicions?

Rogers is really bothered by his concerns so much so that he confronts S.H.I.E.L.D. Commander Nick Fury (Samuel L. Jackson) while not being sure if he could even trust his superior with what he is feeling at the moment regarding the agency’s hush tactics. Rogers is so uncertain about possible corruption among the ranks that he has trouble wondering if his fellow Avenger Black Widow (Scarlett Johansson) is in on the sneaky background agenda that S.H.I.E.L.D. seems to be promoting.

It turns out that Captain America’s doubts about S.H.I.E.L.D.’s shenanigans are legitimate courtesy of opportunist leader Alexander Pierce (Robert Redford, ‘All Is Lost’) who has taken on an ill-advised project. Apparently, Pierce wants to make usage of the trio of massive satellite ships that hover in the skies in an effort to spy on the global population. This, of course, would be in violation of the world’s privacy issues that could result in trustworthy complications between authority and its worldwide residents. Naturally, for Rogers, this does not sit right with him as Pierce’s plans for policing the globe is totally out of line.

However, Rogers/Captain America has more to contend with than just dealing with Pierce’s intrusive intentions with S.H.I.E.L.D. as his operating umbrella. The bad timing spells disaster as a deadly foe from Captain America’s past in Dr. Zola (Toby Jones) comes along to cause unsettling waves. But wait…there is more as a skilled entity known as The Winter Soldier (Sebastian Stan) decides to drop by and make things rather difficult for the weary Rogers. What is so dangerous is that the partially masked and metal-armed Winter Soldier has combative capabilities that could rival that of the talented Captain America. Unfortunately, the deck seems rather stacked against the harried Captain.

Thus, Rogers and Fury’s disapproval of Pierce’s Civil Liberty union-breaking techniques has the two men on the run. Pierce’s abuse of governmental tactics with Operation Insight is coupled by the fact that he is working closely with The Winter Soldier to gain more power to achieve his misguided goal that could backfire if placed in even more damaging hands. As fugitives, Rogers and Fury must evade the roguish S.H.I.E.L.D. man-hunters that Pierce ordered to track down the insubordinate duo.  Soon, with the additional help of Black Widow and Captain America’s explosive sidekick, Falcon (Anthony Mackie), the heroes take on the bad seeds Pierce, The Winter Soldier and the S.H.I.E.L.D. renegades to the background of manufactured mayhem.

As expected, ‘Captain America: The Winter Soldier’ is saturated with its generous share of CGI effects, explosions, firepower, random fight sequences not to mention plenty of air-bound and sea-level action vignettes. The Russos pile on the busy-minded energizing bits that give this frenzied fantasy its escapist allure. ‘The Winter Soldier’ never quite offers anything from a unique perspective that one has not experienced before from these Marvel Comics big screen adaptations but it does not disappoint neither. Chris Evans makes for a decent Captain America rooted in good ole earnestness and athleticism. He has his mounting conflicts and burdens that suits the character fine as a flawed do-gooder. Both Jackson and Johansson serve as active holdovers from the other movies and bring some panache to the proceedings. As the villainous elements, Redford and Stan are impishly deceptive as the authoritative riff-raff that engineer the Big Brother-type hysteria. Plus, the comical subplot involving Emily Van Camp as a possible ‘booty call’ for an overworked Captain America is received with giddy aplomb.

So the good news is that ‘Captain America: The Winter Soldier’ carries on the streak of Marvel wonders looking to further the entertaining mantle of super hotshots combating evil minds for our leisurely enjoyment. Listen, there is still hope for Thor and his hackneyed hammer to follow suit, right? 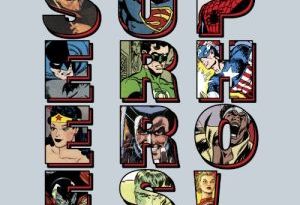