Blimey! Is it really thirty years since ‘Blade Runner’ hit the theatre screens? Another seven years and we’ll be wondering where the off-world colonies are that required replicants to do hazardous work are because we’d have reached 2019.

There are several things to point out about this album. Firstly, Vangelis is only the composer and that Edgar Rothermich is recreating the music. He explains in the mostly twelve page textbook – no photos from the film – that as Vangelis couldn’t write down music that he had to deconstruct and work out what the notes were to compose the score that made this version. To be fair, he does a nice job of the trumpet refrain from the main ‘Blade Runner’ theme that you can practically hear the raining come tumbling down or that might be intentional static to keep in order with Vangelis himself. Whatever, on a cloudy day as I type up this review, it makes for music to match and you can’t help but look up in the sky, just in case a police-spinner is coming down to take you off on some important mission.

Like a lot of well-known soundtracks, it’s inevitable that you pick out the ones you remember most. With track nine, ‘On The Trail Of Nexus 6’, with the vocals of Fella Dudane, he even captures the melody of Deckard pursuing Zhora, which is no mean feat. I’m not so sure about ‘One More Kiss, Dear’, mostly because we only hear a little of it in the film and this is the complete version sung by Tom Schmid. The penultimate track is an extension of the final credits chase music and is the third longest track with a couple extra zips probably put in to break up the beat a little which is forgivable.

The final track is the album version of the theme music.

I’m not always partial to other performers doing a make-over of a soundtrack but this one has been a nice way to pass an hour this afternoon.

Blade Runner: was Deckard a replicant or not? (video). 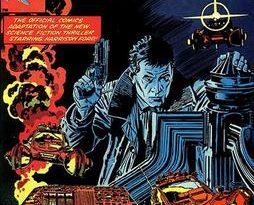 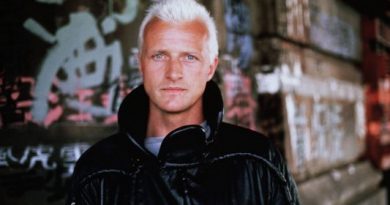