Very often a reviewer will talk about and disparage a formula. While this might be a true reason for attack when the subject is a novel, a film or a short story, it is quite the opposite in the case of a magazine. The reader who picks up and subsequently buys the item needs to know the kind of thing that will be within the covers and expects to find a similar thing in each issue. Thus, if the first one they purchased contains stories, articles, artwork and reviews and they find them to their taste, there is a distinct possibility that they will like the next one as well. It is also useful to have a hook, a mystery that will intrigue. Some magazines serialise stories for just this reason. ‘Black Static’ doesn’t go in for serials.

A few issues back, in collusion with the editorial team, Christopher Fowler and Maura McHugh laid down a challenge to readers, to write an original, scary story in five hundred words. Of the twenty best, half were printed in Black Static #17. This issue contains the rest. None of the twenty have been singled out as ‘the best’ or ‘the winner’. It doesn’t matter as the exercise was intended as a showcase for as yet unrecognised talent. Writing something at this length that depends largely upon atmosphere is very difficult. What most of these stories have in common is either an original idea or a new tale on an old one. For me, though, one stood out far above the rest. This was ‘See You Later’ by M.M. DeVoe. It subtly drops the clues that make the narrator mother fear for her children. The plan is to have all stories released by www.actionaudio.co.uk

There are five original short stories by more established authors in this issue. ‘Orinoco’ by Nina Allan is a story that unfolds gently taking the reader in unexpected directions. It is a story of love and grief and the effect that the combination of these can have on a mind. It begins when Marie’s brother, Brian, brings home some Orinoco Angel Fish, bred by a man he works with. The fish act as a focus, their fleeting lives the only stable thing in the narrative. It is a good story but probably didn’t need the final section.

‘Between A Rock And A Hard Place’ by Carole Johnstone is a contrast in atmosphere and an exploration of the kind of self-induced panic many of us have experienced when walking deserted streets at night. As Janis walks home after a disastrous blind date, the smallest things become scary.

While these two stories deal with issues that could occur in anyone’s real lives, ‘A Man Of Ice And Sorrow’ by Simon Kurt Unsworth has a supernatural element, though even the events here could be a product of the protagonist’s mind. As in Nina Allan’s story the main character, Edward Mains, is trying to come to terms with grief, this time due to the death of his son. Like Carole Johnstone’s character Janis, Mains is on his own. The landscape is wintry and the descriptions of cold and snow are excellent. It is when snowmen start appearing the story takes a turn for the weird.

‘The Obscure Bird’ by Nicholas Royle is beautifully written and taken as a woman, Gwen, gradually realising that her husband, Andrew, is metamorphosing into an owl, it works well. However, the underlying story involving their baby isn’t clear and Gwen, in particular, doesn’t behave as a mother would be expected to especially if there is something wrong with the child as is implied.

The mood changes again in the fifth story in this issue. ‘Tu Sufrimiento Shall Preserve Us’ by Mercurio D. Rivera is a mixture of magic, superstition and faith. The characters in it believe that torturing a Chinese man will keep terrorism at bay. It is not a pleasant story, though it does give insights into the way the characters’ minds work.

Each story is accompanied by artwork from different artists and each matches both tone and content of the story.

The two regular columnists, Christopher Fowler and Stephen Volk, both use the film ‘Avatar’ to make points about this issue’s comments. The former has an entertaining rant about merchandising connected with films while the latter uses the film to illustrate his comments on the shortcomings of CGI as a gimmick for promotion of the product.

This issue also has the regular reviews sections relating to books and films. In his ‘Case Notes’, Peter Tennant conducts a highly intelligent interview with Adam Nevill, the author of ‘Apartment 16’. He also reviews this book at length. It is a pity that he was unable to pass comment on Nevill’s first book ‘Banquet For The Damned’ as it is always interesting to see connections and dissonances within the oeuvre of a novelist.

Leaving aside, the issues I still have with the film review section, this issue is worth picking up for the fiction and the interview. 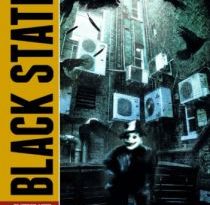 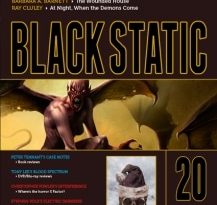