I came across ‘Anne McCaffrey: A Life With Dragons’ by Robin Roberts with my usual serendipity when it comes for looking for books people might have missed. As you can see from the title, this is a biography of the late Anne, released in 2007, chronicling her life from America to Ireland, together with all the influences that entails.

Roberts doesn’t just look at McCaffrey herself but her bloodline, almost like the horses Anne loved so much. Her father was a lieutenant colonel in the army and served in both world wars. Her mother had the creative talent which she inherited.

McCaffrey herself was a bit of a tomboy growing up which probably accounts for much of her free will, even if she did bow down to society norms, getting married, had two children, adopted another and divorcing an abusive husband. She kept her own surname for writing under simply because her non-fiction writer husband didn’t want his name associated with Science Fiction. Throughout all of this, her writing career was slowly taking over. Watching this develop should be a lesson for all novice writers out there, it’s rare to suddenly have a best-seller on your hands and even longer to get paid for it and what happens after, so you will always be writing. In her day, she was only one of a handful of SF lady writers and even they invariably hid under initials or masculine names.

After reading this book, I suspect you’re going to start adding Irish accents to many of the Pernese characters, although I have to think it was more apparent in ‘Dragonsdawn’ than the earlier books she wrote.

There were some new things I learnt from this book in that McCaffrey also wrote Gothic romance. She also invariably used family and friends for character templates and Menolly in the Pern books is actually her younger self. Roberts points out that McCaffrey draws from her own experiences for her stories, which explains the comradeship and such that you read having a familiar feel to it. She also relied on Marilyn and Harry Alm to keep her Pern history facts in order when writing them.

It was also interesting to learn how her collaboration with other writers came about, mostly because it gave them more of a presence on the bookshop shelves and she liked giving writers their opportunity like a fairy godmother. Her children adopted McCaffrey’s maiden name, as opposed to her married name of Johnson, to maintain their strong link with her.

Speaking of Todd McCaffrey and how I’ve criticised the Pern books he’s written individually and with his Mum, it was interesting to see what Roberts disclosed. She points out he’s killed off more people in his stories, all writers do that, but I tend to think that his not caring enough for them doesn’t convey this to the readers which makes them too much like cannon-fodder. It’ll be interesting to see if his sister, Gigi, who Todd declared at an early age had little grasp of story mechanics, can contribute the needed emotional input without them falling out with each other.

I’ve only covered some of the details here. As a history of Anne McCaffrey, it will fill you in with a lot of details and the connections to what made the characters work. What surprised me most was how much she relied on her friends to keep her on track as to what was important with some novels. A gregarious lady. She will be sorely missed. As a reader, you’ll discover what you missed had you never met her. Looking at her book signings, if you’re of a particular generation, it looks like you would undoubtedly have met her. A fascinating biography. 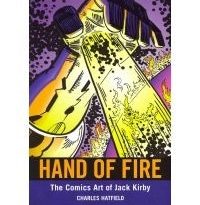