Amazon Studios is to add Zombieland to its line-up of pilots in production for Prime Instant Video. Zombieland, which is the seventh comedy pilot added to Amazon’s pilot line-up, will be made available for free on Amazon Instant Video and LOVEFiLM UK. Customers are invited to view the pilots and then review them on the site; customer feedback will help determine which of the 13 pilots Amazon Studios will make into full-season productions, to air on Prime Instant Video.

“Zombieland is a fan favorite and we can’t wait to see where this story line goes in a serialized format,” said Roy Price, Director of Amazon Studios. “We’ve been announcing a lot of exciting exclusive content for Prime Instant Video, like Downton Abbey, Under the Dome, and Justified, and we think adding original shows to that lineup is going to make Prime even more enticing for customers.”

Zombieland is based on the Columbia Pictures movie of the same name, and finds four survivors outwitting zombies and searching for a place to call home. The Zombieland pilot comes from the feature film’s original creative team, writers Rhett Reese and Paul Wernick (G.I. Joe: Retaliation, The Joe Schmo Show), and producer Gavin Polone (Gilmore Girls, Curb Your Enthusiasm). Eli Craig (Tucker and Dale vs. Evil) is directing the pilot.

The part of Tallahassee will be played by Kirk Ward (The Island), Maiara Walsh (Desperate Housewives, Switched at Birth) is cast as Wichita, Tyler Ross (Milkshake) will play Columbus, and Izabela Vidovic has the role of Little Rock. 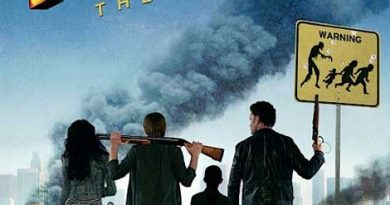