On starting reading this book, I thought Rod Pyle’s title, ‘Amazing Stories Of The Space Age’, might have worked better as ‘Space Flights Of Fancy’. The premise for the first half of the book is to show all the proposed plans for space flight at the dawn of the space age. Most of them fell by the wayside not so much from being ill-thought out but practical problems of expense or sheer dangerous, like igniting small nuclear bombs as propulsion in space. The second part could easily be read as ‘Space Flights Of Disaster’ or ‘Potential Disaster’. Reading, I couldn’t help but spot ideas that migrated into film and fiction. After all, just as some modern day SF authors uses current scientific knowledge as the starting point in their fiction, the ideas from the scientific and military community from the 1950s-1960s, did a similar thing then. I liked the comment made by Werner Von Braun that the backyard inventor could not get a rocket into space and immediately connected to the likes of Dick Seaton from EE ‘Doc’ Smith’s ‘Skylark’ book series and even earlier than that the likes of HG Wells and Jules Verne. Rocket science needs more than one genius. No matter what fancy anti-gravity material you have, you need scientists and technicians from a veritable stable of disciplines to get people into space, let alone staying there.

Looking at the origin of space stations, thoughts that way go back that way as far as 1869, although that was a fictional story called ‘Brick Moon’ by Edward Everett Hale suggesting having a brick station put into space. The material might seem odd but no less than by Wernher Von Braun in 1951 who proposed a fabric based space station. That wasn’t as crazy as it seems because before inflating it meant you could take more material up and there is still some inflatable experiments going in that direction. I did have a ponder on this and wonder if it was possible to spray with a metal or polymer once there to re-enforce the structure. Even so, prior to our current range of habitable space stations, the common design was the wheel shape with ‘2001’ typifying the shape on film.

Some of the thoughts of manned fly-bys of the planets again goes back to the 1950s. With our knowledge of payloads and people boredom thresholds that we know these days, you would have to wonder on how practical such things were. One lesson is things would have gone better in a low-inflation country as we had in the 1960s. Again, Von Braun was pointing out that had spaceships been built in quantity, then the manufacturing price would have come down. I do have to wonder about the quality as well but I suspect stringent checks would have started had there been a rocket disaster. More so, as you will discover, the lowest bid with nothing associated with quality or safety was the deciding factor.

Don’t think this book is all about things that never happened as you do get the inside story on the two main nations. With the USA, when you consider how much money was spent on the Apollo Missions, it’s hard to believe the Lunar Module was made by the lowest bidder than any concerns for safety. Even more so when NASA and the US Air Force were separately making their own preparations for space flight but for different reasons. With the USSR, the life and death of cosmonaut Vladimir Komarov from spaceship malfunctioning clearly showed they weren’t nearly ready enough neither.

Reading the shenanigans of sorting out the solar panel on Skylab, resorting to equipment bought at a hardware store and some tactics by Pete Conrad and his crew in space is probably also a sharp reminder that ingenuity as well as training is all part of being an astronaut,

Don’t think the space shuttle was any less perilous. Apart from the two disasters, we all know most of them were rebuilt after each flight which slowed down their use. Seeing the list of problems with the shielding and so forth will make you wonder how they kept going so long. I liked how Pyle compared the shuttle use had they stuck to the Saturn 5s.

As a final chapter, Pyle looks at the toy Matt Mason as the look of what could have been. I had this toy and accessories, including one of his co-astronauts, when young so remember him well. Shame that after so much play that one of his arms broke. I wish he covered Action Man/GI Joe’s Mercury astronaut spacesuit which I still think was one of the best of its kind at the time.

Please be aware I’m only picking on things that struck me the most and that’s still a lot. There is a lot more in this book for you to discover. If I have to be really critical, I do wish some of the illustrations could be much larger and it wouldn’t have cost much more in page space to make them really visible. One can only hope that the next generation of scientists, technicians and politicians learn from this book and even target the thought that it’s not economic to go for the lowest bid. 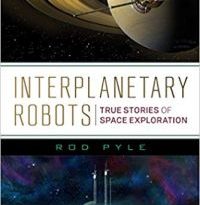 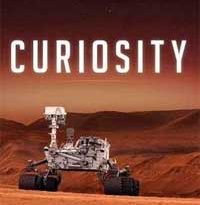 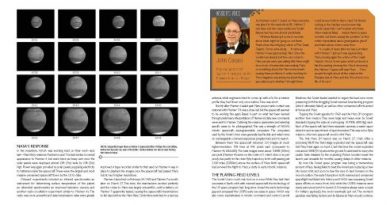