Four hundred years in our future, humans are still reeling from the Collapse, a catastrophic event which devastated human and animal populations alike, caused by humanity itself. Things have been brought back from the brink in the intervening couple of centuries. New colonies have been established in another star system.

Life expectancy is vastly extended, thanks to a drug called LifeEx. In spite of all these advancements, the weight of the Collapse still hangs heavy. The flooded streets of London and New York, florist shops selling synth bouquets, small details ensure that the greed that all but destroyed humanity still has an affect all these years later. 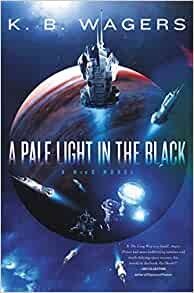 The Near Earth Orbital Guard, the NeoG, was founded to keep the Sol system and the space around other colonised planets safe. Max Carmichael has finally achieved her dreams to join, in spite of her parents objections. She is a fully qualified officer in the NeoG, second-in-command of the interceptor shop Zuma’s Ghost. She just wishes she wasn’t replacing one of the best sword-fighters in all four of the armed forces and that the Boarding Games weren’t less than four months away. The Boarding Games. A chance for the NeoG to finally show the Navy, the Army and the Marine that they deserve more than the pitiful budget line they get now.

That they are a real force in the black against the smugglers, the pirates and all those who threaten the safety of the system. The Games are a chance to prove the honour of the newest force. A chance for Max to prove to her family that she can excel in something other than the LifeEx family business or her Admiral father’s navy. A chance she might finally find the place where she truly belongs. Last year, NeoG lost the Boarding Games by just three points.

Space cops, space cops….whatcha gonna do? Whatcha gonna do when they come for you? Space cops….This is the song I sang as I read ‘A Pale Light In The Black’. One small team fighting against impossible odds not only for the honour and glory, but also to….save mankind! Which is just what a space opera should be. The technology is just along for the ride. Sure, it has spaceships and super-drugs, but that’s just flavouring. The real stars are the characters and the expanse of the world they help the reader uncover. The Space Olympics, sorry, the Boarding Games, the corporate intrigue and the potential mass murder are just vehicles for the characters to show off their skills in epic ways.

The novel’s focus is the Boarding Games and NeoG’s battle to prove itself as the newest military force. Each chapter is headed with a countdown until the Games. Each character spends a great deal of time and energy training and honing their skills as well as discussing strategy and statistics with members of all the competing teams. K.B. Wager’s use of the Games is an excellent way to show the skills and politics of the key players in this drama in a slightly more or less warlike setting, while also demonstrating the key skills necessary to defend humanity in space. Sword-fighting?

Not just a demonstration sport, a key survival strategy for fighting space pirates when any type of projectile might damage the fragile tin can that is all that is between you and the crushing dark of the void. The same with no holds barred mixed martial arts. Hacking gets you into an enemy ship with minimal damage and casualties. Without good pilots you can’t hunt down miscreants. Wager deftly places each skill demonstrated in the Games against the backdrop of a profession that needs to excel to survive.

I had two difficulties with this novel. The first few pages are a deluge of names of people, ranks, ship names, nicknames, all coming in quick succession with barely a pause for breath. Going back and reading over it once I had some context made it a lot easier. Once I pushed through the name deluge I was rewarded but then things began to stutter and start as another plot began to shift into focus through the Boarding Games. There is complete focus from the characters on one plot or the other, rarely both. Such a mono-focus, in fact, that things began to feel anti-climatic than an epic space opera deserves.

These are minor points that merely detract from an otherwise cleverly put together novel. The level of detail Wager has included is remarkable. Wager has created a world definitely based on our own but flashed forward to become much more ‘woke’ in regard to gender and sexuality. Each character has an internal chip that sends an automatic greeting to other’s that includes name, rank and their pronouns, these are then consistently used for each character.

Writers have used Science Fiction to explore issues of gender previously, in novels such as Ursula Le Guinn’s ‘The Left Hand Of Darkness’ and Ann Leckie’s ‘Ancillary Justice’. ‘A Pale Light In The Black’ does not seem to explore this issue. Rather, it merely extends something that is very slowly happening in our own society and using the technological advances available to Science Fiction to make it more efficient but in no way making it the focus of the novel. Such things simply are.

‘A Pale Light In The Black’ is a space opera and, as such, I find it easier to compare it to visual media rather than another novel. Heavier weighted than ‘Star Trek’. Less weighty than ‘The Expanse’. Wager has written a novel that puts pictures in your mind’s eye and shows a world a few steps, and several hundred years, away from where we are. 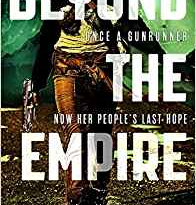 Beyond The Empire (The Indranan War book 3) by K.B Wagers (book review).

Beyond The Empire (The Indranan War book 3) by K.B Wagers (book review).