In many respects author Guy P. Harrison sounds like he’s walking on eggs in his introduction with his book ‘50 Simple Questions For Every Christian’ in trying not to be offensive, although it might really just to ensure you read on. Considering, as he points out, there are 41,000 Christian denominations, I would have thought it impossible not to offend anyone with anything. Interestingly, the questions he raises with this book could equally apply to other religions as well as most of them share similar things in common. After all, they are centuries old and most are monodeitist ie supporting of one god, just not necessarily the same one although as Harrison points out it’s more a matter of ceremony that differs many of them. What is important to remember about this book is it really there to make you or anyone think regardless of your religious convictions than just rely on…er…blind faith. Which, if you think about it, often appears to be a requisite of believing in a god and then relying on others to tell you how you should think about it. I’ve commented in the past that religions work effectively by you not questioning. With this book, Harrison points out that questioning what you are told will allow for some deeper thinking on a variety of subjects about your faith. If you’re a devout believer, a deeper understanding won’t change things other than appreciating the answers you give to his questions better. If you’re an atheist or want to be profound when you get that knock on the door from one of the faiths, you can end up being prepared to ask them something that might stop them in their tracks.

There is also a lot of useful information from this book. Granted it addresses mostly American problems, mostly because there are more of faith there, but it is still enlightening. I mean, did you know that there was less crime in the US states will less inclination towards religion than those who are? Whether religion is actually the cause or not isn’t that revealing but it will make you ponder. However, when it comes to baby welfare, Mississippi has a mortality rate comparable to the third world. Clearly, faith alone is not enough unless aren’t linked.

When it comes to miracles, Harrison points out that people are less scientifically or medically inclined are more likely to be fooled by parlour tricks. In one of my own articles a couple years back, I pointed out that religions rely on the ignorance of their flock. When you consider how religiously inclined are trying to get their way with creationism in schools in the USA, I can see that they might be succeeding across the pond. If you want to beat this on the head, point out the absurdities. If you ignore them, they will take over.

It’s interesting to see the statistics for people who have actually read the Bible. Most people rely on edited highlights than the entire thing. Before you ask, I did actually read the entire Old Testament when young and I do agree with Harrison about the level of boredom mostly because so many sections were devoting to begatting. Likewise, this God there isn’t exactly a nice chap and would surely have given the Devil lessons in heinous activity or purely by letting things go on without intervention. Think of Bethlehem and all those babies being killed. Wouldn’t a benevolent God have stepped in and stopped such an action?

When he moves onto the Ten Commandments, the fallacies and how there are double standards and how people can break them or they clearly won’t work today, not unless you have slaves and treat your wife that way – must be careful that way because people have followed the tenth edict so were they doing the right thing? Interestingly, there was actually a second set after Moses broke the first set in Exodus 34 and they are actually a little different to the first ten. Makes you wonder how the first ten were remembered at all, doesn’t it?

His examination of the born-again regime is very interesting. I didn’t think he went far enough. As with all interests, when you get something new you want to tell everyone about it, even religion. Then again, people confuse euphoria with religion and you can get that from any excitement. Watch a pop concert and your blood will race in a similar way driven by the herd instint.

I love his statistical intervals. Christianity, in all its forms, might be the biggest religion but the collective of the rest actually out-numbers it. Oddly, atheism in the USA is seen as a criminal offence by some so it’s no wonder they have a low profile despite the fact that there is a substantial number out there. Then again, I suppose if there were books about how to be a good atheist on the religious book shelves it might seem less like an abstention. I suspect if there were books of that sort out there people would probably see what they really believe or just rely on the herd instinct.

Something I always thought that came out of any religious faith when young was the teaching of ethics yet what Harrison reveals here is that is not necessarily the case because people who claim faith will still ignore it when it suits them. Non-believers are actually a lot more ethical and generous.

I did find it rather amusing when Harrison said that creating a universe is difficult because it tends to be a way of life in writing Science Fiction, something which he admits he is a fan of. Mind you, I doubt if I would create a world where human sacrifice was a normal way of life. The Old Testament has that a lot and as Harrison points out that God even sacrificed his son, Jesus. My immediate retort on that was God cheated as he resurrected him. Hardly a complete sacrifice.

Where Noah’s ark is concerned, Harrison points out that to contain two of everything, it would have to have been the size of Australia to accomplish it. I’m still wondering how were they fed. With that many meat-eaters on-board, I doubt if there would be many species left by the time they made dry land.

Harrison points out it is part of human behaviour to seek patterns in anything and as I’ve pointed out in the past it doesn’t make any difference if it is fiction or reality which makes it scary unless it’s kept under some discipline. By that I mean, you cannot afford to stay in one stance if evidence is shown otherwise. If there’s nothing else this book will teach you not to be close-minded and question everything, which is often the state we find ourselves in with Science Fiction. The real question is whether or not the people who really should read this book will read it.

As you can see from my reactions above, I did a lot of thinking here. If you want to examine your own faith or that of others then this book will undoubtedly highlight the areas that will show things are not clear-cut. A fascinating insightful book. 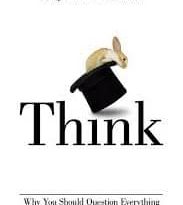 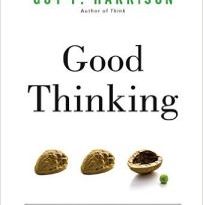 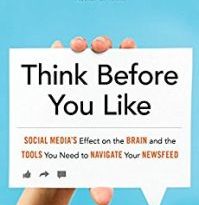