You might have thought it strange that after all these years with the BBC doing historical dramas, that it took until now for them to tackle HG Wells’ 1897 book ‘War Of The Worlds’ as it was originally set, in Victorian (well, Edwardian – close enough) times, as a 3 episode series.

Oddly, unlike other BBC historical dramas, this version isn’t following the book as closely as it should, so it will have to be taken at face value for what it is.

In the original book, the narrator never had a name, but for this TV adaptation, HG Wells as journalist ‘George’ (played by Rafe Spall) is given the key role, with his partner/lover/scientist Amy (actress Eleanor Tomlinson) and scientist Ogilvy (actor Robert Carlyle) creating the trio … and giving him someone to talk to when they discover this giant ball meteorite sunk in the ground in Woking Common and major excavations to dig it out.

Then the meteorite flies into the air and releases ash, desolating the area but creating a Martian red landscape. Next, the Martian war machines appear, adding to the devastation and the end of Woking as we know it.

George sends Amy to his brother Frederick but is forced to stay behind and see the devastation for himself while looking for the missing Ogilvy.

I think adding George wanting to get divorced from his wife is an unnecessary side-plot, but a means to introduce his high-ranking brother, Frederick (actor Rupert Graves) to receive a government angle on matters.

Of course, as the opening episode, this is more about laying down the groundwork for what is to follow and, although nearly 55 minutes long, ends when you really want to see what happens next week.

I don’t know if it’s my television or the effect of the CGI, but the episode has a 3D quality to it.

I shouldn’t nit-pick, but the photo they took through a telescope showed the Mars we are familiar with – but back in 1877 Giovanni Schiaparelli described from his telescope the canals of Mars, unwittingly not realising his lens was showing the back of his retina. Percival Lowell, for the next 15 years, spent time looking at Mars and describing the civilisation he thought was there.

No one noticed that Mars never rotated; just that, as we now know, humans have fairly consistent retinas. It wasn’t until the 1920s that the true image of Mars was recorded, so in HG Wells’ time, they simply wouldn’t have seen the real Mars.

Don’t think I’m being dismissive of this version, I’m just reporting first observations and will give more evaluations over the next couple of weeks. In the meantime, find shelter as the tripodic Martians have arrived and they aren’t taking prisoners. 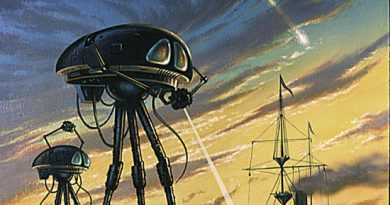 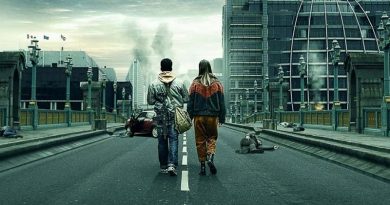