Well, well, well – it looks like we’ve got ourselves a good old-fashioned space race on our hands! On one side, we’ve got Mars, the red planet that’s been getting all the attention lately. On the other side, we’ve got Venus, the hottest planet in the solar system. And the question on everyone’s minds is: which one would make a better first colony?

In the humble opinion of the SFcrowsnest team, the answer is obvious – Venus is the way to go! And here’s why:

The weather is better: Let’s face it, Mars is a cold, dry, lifeless place. Sure, it’s got some interesting features like Olympus Mons and Valles Marineris, but would you really want to spend the rest of your life trudging around in a spacesuit? I didn’t think so. Venus, on the other hand, has a thick atmosphere that would provide plenty of protection from cosmic radiation and other space hazards. Plus, with temperatures ranging from a scorching 864 degrees Fahrenheit at the surface to a relatively balmy -4 degrees Fahrenheit in the clouds, you’d never have to worry about frostbite again!

It’s closer: Venus is closer to Earth than Mars, which means it would be easier and cheaper to get there. And let’s be real – no one wants to spend months cooped up in a tiny spacecraft with nothing to do but play cards and stare at the walls. With Venus, you could be there in a fraction of the time, which means you’d have more time to explore and have adventures.

There’s more to do: Mars is a pretty barren place, with not much to see or do. Venus has plenty of interesting features to explore, like the Maxwell and Aphrodite Montes mountains and the Lavinia Planitia plateau. And with a thick atmosphere, you could even fly around in a spaceship or a hot-air balloon! (Just bring a good sunscreen – those UV rays can be a real killer!) 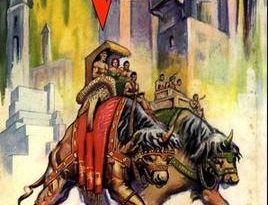 Venus and strange life in its clouds? (science video).