This is just what the cinema world was really clamoring for at this moment…a pointless and protrusive generic action war movie update based on a mildly serviceable mid-80’s military yarn from yesteryear. At least movie audiences got a kick out of 1984’s ‘Red Dawn’ that had some reasonable jingoistic kitsch to go along with its resonated vibes of the “red scare” sentiment during the Reagan era. However, 2012’s ‘Red Dawn’ does not echo the innocuous campy outlandishness of its 28 year-old original blueprint but goes for the ultra-mindlessness of a stilted percolating popcorn pleaser that borders more on its boorish foundation as well as on its bombastic spice of pseudo patriotic posturing.

Much can be made about the contemporary confinement of Dan Bradley’s gimmicky gung ho ‘Red Dawn’ with its hunky, hollow American golden boys up against the menacing North Korean nemesis (originally slated to display the Chinese as the ‘villains of choice’) parading around the northwestern USA in an attempt to thwart a major foreign invasion (what a nice touch in contributing to the xenophobic hysteria in today’s political climate — the 1980s had the Russians and now the millennium years showcases the sinister North Koreans). Never mind the fact that ‘Red Dawn’ is another high-minded Hollywood dud with manufactured melodramatics, recycled gun-toting action-packed sequences, dismissive and clichéd dialogue and transparent tension that is as deep as struggling to open a stubborn canteen cap.

With Bradley’s woeful pedestrian direction and the handful of screenwriters it took to concoct this militaristic mud-pie ‘Red Dawn ‘is comparable to a misused weapon as it fires at will the absurdity of its wasteful ammunition without hitting a formidable and stable target. At least the young-minded freedom fighters in the aforementioned 1984’s ‘Red Dawn’ (as led by the late Patrick Swayze) had a sense of spunk and purpose as their fear and feistiness dictated their survival skills for the uncertainty of their predicament. The high school-aged hell-raisers in Bradley’s current jittery narrative look like stiff-minded video game specimens that climbed out of your TV console armed with plastic personalities and the occasional sullen malaise.

Handsome hotshot marine Jed Eckert (Chris Hemsworth, ‘The Avengers’) and his brother Matt (Josh Peck, ‘Drillbit Taylor’) are forced to flee into the Washington State woodlands along with a group of high schoolers shortly after the North Korean troops decide to take over their region. Naturally, the invasion spells trouble as the Eckerts and their posse plan on fighting back despite the so-called tremendous odds facing them.

Thus, they arm themselves and go through a ridiculous regimen in preparation for the guerrilla warfare at large. Jed and his youthful renegades need discipline and determination if they are to succeed in knocking heads with these North Korean tormentors looking to not just control their neck of the woods in their vast picturesque state but create an invasion that could compromise the entire country.

As much as it takes to suspend one’s imagination about the Great Northwest succumbing to the opportunistic takeover of a foreign Asian foe where America has to put on its best display of heroism in the name of its young put-upon patriots, ‘Red Dawn’ stages a hokey hysteria that never translates beyond its trivial themes of hostility. There is much that can be said for the small-time rural easy living and the comfort of life and liberty before the reality check of paratroopers, explosive weaponry, security checkpoint guards and frantic citizens on the verge of an inexplicable police state by ‘shifty’ intruders. Nevertheless, ‘Red Dawn’ handles such realism so sloppily and spotty that it is almost laughable (and insulting) to think how clumsy and irresponsible this problematic puff piece is as an erratic actioner of escapist entertainment.

Sure, ‘Red Dawn’ is not to be taken seriously other than what it is at heart—a baseless and dyspeptic gun-and-fun drama that is hard to swallow. Sadly, ‘Red Dawn’ will follow in the forgettable footsteps of other recent stimulating stinkers such as ‘Battleship’ and ‘Battle: LA’ that tried to blend hard-bodied live action GI Joes, a dash of token shapely vixens and the formulaic force of action and suspense into frenetic fare with all the excitable sting of a summertime mosquito bite. The scattershot editing and intermittent murky appearance contributes to the confusion and chaos of this choppy wartime saga.

Evidently, Hemsworth is the nowadays ‘It’ factor for casting consideration in today’s action flicks and thankfully he does not disappoint in the lead role of Jed Eckert that was previously anointed to Swayze in the first film. Hemsworth’s Jed pulls off the arms-carrying Pied Piper routine but the other supporting male players get lost in the shuffle and are quite interchangeable and expendable as far as the storyline goes. Of course, curvaceous actresses Adrianne Palicki and Isabel Lucas are thrown in as the battle-tested babes yet they do not have any considerable impact within the proceedings other than to look as exotic and buff as the weapons they lug on their silky backs.

The ‘Red Dawn’ from nearly three decades ago was not what one would call an instant classic but its ‘nuke ‘em nostalgia’ from the framework of its paranoid times was both understandable and a silly-minded distraction at the box office. This vacuous venture may give a false sense of wayward adventure to the young audience that may take this revived ‘Red Dawn’ as the gospel truth when in fact it is more suitable as a lame lie.

Notably, this wretched re-make sat on the shelves for about a couple of years before the movie studio salvaged it in hopes of capitalizing on the ham-fisted hedonism of John Milius’s 80s hit actioner that registers better than Bradley’s far-fetched firearms farce. Hence, there is no need to rise at Dawn for this rancid reboot. 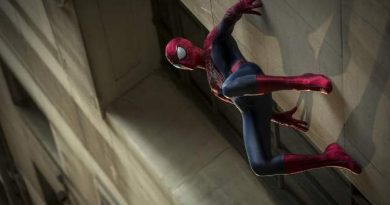