Well, it looks like NASA is taking the threat of asteroids seriously! The space agency has announced plans to launch the world’s first asteroid-hunting spacecraft, the NEO Surveyor, in 2028. This $1.2 billion mission will search for “near-Earth objects” (NEOs) that are invisible to ground-based telescopes and could potentially flatten a city if they hit Earth.

But wait, it gets even better! In 2005, Congress directed NASA to identify at least 90% of these large NEOs by 2020. However, the space agency has only found 40% of it so far and has been limited by its reliance on ground-based telescopes, which can only operate at night. That’s where the NEO Surveyor comes in! This spacecraft will search the sky for unidentified NEOs from a spot in space between the Earth and the sun.

“By searching for NEOs closer to the direction of the sun, NEO Surveyor would help astronomers discover impact hazards that could approach Earth from the daytime sky,” said Amy Mainzer, survey director of NEO Surveyor at the University of Arizona. Basically, this spacecraft is going to help us find asteroids we couldn’t see before and determine their specific sizes and characteristics.

But don’t worry, the NEO Surveyor will not launch until 2028, so we have some time to prepare. In the meantime, NASA will continue to collect data on the Double Asteroid Redirection Test, which involves slamming a spacecraft into an asteroid to change its trajectory (just in case we need to do that for real someday).

So there you have it, folks! The NEO Surveyor is coming to save the day (or at least protect us from asteroids). Let’s just hope it doesn’t cost too much more than the $1.2 billion it’s already expected to cost. After all, we wouldn’t want to break the bank. 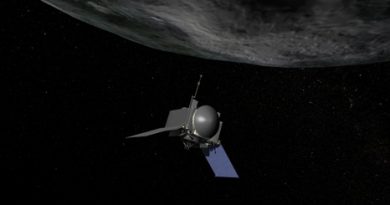 Catch me an asteroid! 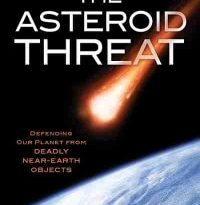 According to NASA, the collision of their DART mission altered the course of the asteroid it was attempting to deflect (science news).