Every once in a while there is family-friendly entertainment that lives up to its wonderment in imaginative storytelling and stunning visual scope. Certainly this is the case with the stimulating yet meditative Japanese animated fantasy-adventure ‘Kubo And The Two Strings’. Undeniably vibrant and philosophical in committed heart and soul, ‘Kubo And The Two Strings’ is a majestic masterpiece in its colourfully realised presentation that ambitiously binds together opulent elements of ancient Far East folklore, eye-opening anime and origami, the finesse art of paper-folding. The competition for jaw-dropping animation within recent years or even this year has been remarkably stellar thus far but ‘Kubo’ confirms its superiority above the ranks. No one can doubt the masterful film-making technique administered by the film’s director Travis Knight in this glossy, whimsical medieval gem. As with the majority of adventurous and challenging narratives that seek the high-minded exploratory vibes in its execution, ‘Kubo And The Two Strings’ is about the creative coming-of-age quest of a young boy and the spell-binding encounters that materialise as a result. Knight and screenwriters Marc Haimes and Chris Butler oversees a profound and aesthetically remarkable production highlighted by notable voiceover performers (such as Academy Award-winners Charlize Theron and Matthew McConaughey), stylish and glowing animation and a hypnotic showcase that is an exquisite treat for movie-goers from all walks of life.

Importantly, ‘Kubo And The Two Strings’ is aided by its heralded association with the Oregon-based studio Laika whose treasured reputation in the stop-motion animation process is tremendously noteworthy. Among Laika’s previously outstanding cinematic samples include 2009’s ‘Coraline’, 2011’s criminally underrated ‘ParaNorman’ and 2014’s ‘The Boxtrolls’ so indeed Knight’s superlative ‘Kubo And The Two Strings’ is among exceptional stock. The detailed imagery in ‘Kubo’ is indescribably luscious and the brilliant artistic manufacturing of Laika’s refined flourishes only elevates Knight’s enticing animated vehicle as a compelling journey into the ancient Japanese Edo period mythology.

One can tell that the coveted ‘Kubo And The Two Strings’ is destined to stay true to its mystical leanings especially when the beginning film’s sequence features the caustic quote: ‘If you must blink, do it now’ …because ‘if you look away, even for an instant, our hero will surely perish.’ As previously mentioned the story takes place in ancient Japan where we find the gifted 11 year-old Kubo (voiced by Art Parkinson from ‘Game Of Thrones’) existing with his ailing mother on the outskirts of a nearby village. The young Kubo’s talents is such that he is a natural story-telling magician that can skillfully convey his expressive communication through origami. Kubo enjoys the gesture of entertaining the local villagers. However, his mother advises that Kubo must be home before nightfall. Unfortunately, Kubo does not heed her advice but that is not due to his personal defiance or negligence.

In fact, Kubo’s no-show at home is large in part cue to the dubious agenda of his grandfather Moon Father (Academy Award nominee Ralph Fiennes). In instructing his dastardly daughters to track down their beleaguered nephew, the stakes are high, especially when Moon Father was instrumental in the demise of his slain samurai father. Hence, Kubo must locate his late father’s magical armor-related belongings and reclaim a sense of honour. The tag-a-longs at Kubo’s side include the woolly-looking snow Monkey (Charlize Theron) and buff warrior Beetle (Matthew McConaughey). Together, the travelling trio is confronted by beastly specimens and other deceptive supernatural forces en route to the ultimate showdown with his sinister grandfather Moon Father. Armed with resiliency and determination Kubo and his crafty companions face uncertainties that are quite unimaginable to say the least.

‘Kubo And The Two Strings’ is an astonishing offering that taps into its pulsating pulse with its mild intensity that should not deter the youngsters from fully experiencing the escapist vision of young Kubo and his offbeat sidekicks. Parkinson’s Kubo is idealistic and has a fearless approach to questioning the unassuming world around him. The combination of roguishness and wide-eyed innocence is certainly appealing to the intrigued tots that may view Kubo’s wily exploits as exciting and surreal in the name of his heroic daddy’s destiny. Theron’s acid-tongued Monkey is inspired in grand impishness with snarky flair. As for McConaughey’s flippant gung-ho Beetle he is an odd serving of comical relief and well-intentional courageousness. Fiennes makes for an ideal unctuous rival as his Moon Father is the Darth Vader to Kubo’s impressionable Luke Skywalker blueprint. Also, Academy Award nominee Rooney Mara is wickedly delicious as the scheming aunts–the twin sisters of Kubo’s sickly mother. Rounding out the supporting cast are the supplied voices of Asian contributors such as George Takei’s (TV ‘Star Trek’s original Sulu) Hosato, Cary-Hiroyuki Tagawa’s Hashi and Minae Noji’s Minae among the ‘Kubo’ personalities that populate Knight’s dazzling display of a transcendent Japanese-flavored Grimm fairy tale.

Naturally, the real selling point for ‘Kubo And The Two Strings’ is the stand-out computer-generated technology and other incorporated genres of animation that gives this polished fantasy fable its magnificent sheen. Knight, a first-time director whose background as Laika’s primary animator is evidenced in the celebrated animation studio’s first three films, demonstrates the authenticity of his amazing craft courtesy of the stop-motion precision that defines his sensual cinematic landscape.

Overall, ‘Kubo And The Two Strings’ radiates with sweeping charm, boldness, curiosity and depth as it exemplifies the epitome of the awestruck construction of an enlightening, sophisticated feature length animation. The mixture of humor, thrills, drama and tragedy is decidedly triumphant allowing ‘Kubo And The Two Strings’ to flex its reflective, throbbing mysterious muscles. 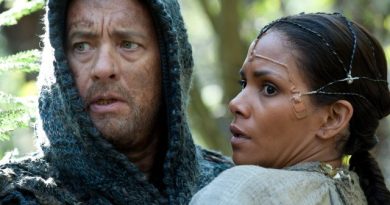