‘Caine’s Mutiny’ is the fourth in a series following the adventures of Caine Riordan, former journalist, reluctant hero and now commodore of the Terran fleet as humanity seeks to define its role in the galactic milieu. It’s been a long and complicated process and, based on events in this book, it’s far from over. There is an exchange toward the end of ‘Caine’s Mutiny’ that succinctly defines Caine’s journey to this point:

‘You do have a knack for attracting trouble, Caine.’

‘You have a knack for putting me where trouble congregates, Richard.’

Trouble is exactly what Caine wakes to on page one of ‘Caine’s Mutiny.’ After an exchange of fire in a remote system, he and his Slaasriithi allies continue on to Turkh’saar, a planet tucked neatly between Arat Kur and Hkh’Rkh space. An unsanctioned war is being waged between humans and the Hkh’Rkh. Further, the human contingent on Turkh’saar isn’t a part of any currently recognised arm of the Terran military. So who are they and how did they get there?

Apropos any adventure novel, the situation gets a lot worse before it gets any better, with ‘better’ being a somewhat relative term. The Hkh’Rkh on Turkh’saar are at the brink of civil war and the not-so-friendly Ktor are tossing pot-shots from space, just to stir things up a bit. Mix in some Nazis, a nuclear warhead and a 350 year-old conspiracy and this is another fine congregation of trouble and Caine Riordan is right in the middle of it.

As always, Charles Gannon does a fine job of illustrating the order and disorder of military life. You can feel the behemoth that is any large organisation being mobilised across these eight hundred pages. If you’re a fan of detail, this book has it. I happen to be a fan. While it always takes me about a week to read one of Chuck’s books, I revel in the minute by minute breakdown of any action. This is military Science Fiction the way it’s supposed to be written. Every action requires intensive planning, even with the knowledge that first contact with reality is going to skew the plan seven ways to Sunday. Then there are the repercussions of even an ill-timed breath. It’s not all guns and bullets.

The other aspect of these books I really like is all the other detail, especially the differences between the species. I think I comment on it in every review, but I notice it in every book and I love it. Chuck obviously has a great time holding up his exosapients as an unflattering mirror on humanity. But while the more obviously alien species, such as the Slaariisthi and Hrk’Rkh are weird, the greatest disparity exists between the two human camps: the Terrans (that’s us) and the Ktor. The Ktor are the ultimate mystery. Are they our forebears and how long have they really been watching Earth? For the curious, this book has a lot more answers, but not all and, by the end, the Ktor as inscrutable as ever. It’s clear they have a plan, however, and that that plan has been a lot longer in the making that we suspected.

Then there is the story. This time around, it’s utterly fascinating. I mean, it always is, but I really loved the mix up of styles here. There’s homage to Eric Flint and the genre of alternative history while keeping to the modern timeline and saying more than that would spoil the fun.

Finally, as suggested by the title, this is the book that will bring Caine to the very edge. This mission isn’t a test of his commitment to humanity or the Terran portion at least or even to ensuring peace within the galaxy. The question of right and wrong just doesn’t apply here. More, it’s about choosing to fight for his own humanity when everyone wants a piece of him and the galaxy at large.

All in all, a highly satisfying tale of the Terran Republic that moves the story forward and setting us up for the next chapter, which promises to be interesting at worst and explosive at best.

check out websites: www.baen.com/ and www.charlesegannon.com/ 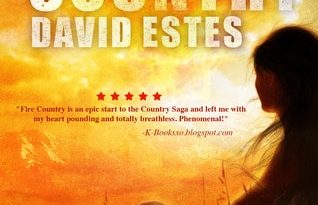 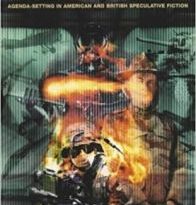 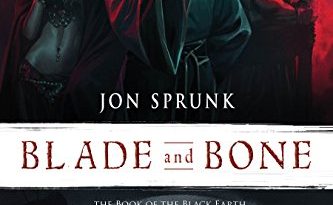