As you can tell from the cover of this ‘Back Issue’, the emphasis is on Bronze Age TV Tie-Ins. Mike Eury’s introduction shows just how extensive they were and also several that were never done. This subject has been tapped across several issues before but this one is a complete concentration.

TV might has supplanted the comic-books but they, in turn, provided stories about your favourite characters. You do have to wonder who they were targeted. Yes, I know the kids, but for parents not seeking out super-heroes, buying comics with something they recognised for them must have aided sales. Then again, as geeks, we know the attraction of having anything associated with a favoured series. 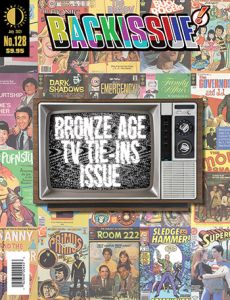 What is fascinating is seeing the number of sit-coms and so forth given comicbook series is how few of them came to the UK. From a UK perspective, Mike Eury goes through a list of those that were and a bit of info about the series themselves which does act as an education in itself. I do have to confess to thinking lucky misses on some of them. Interestingly, these tie-ins tend to happen once the series is on TV than prepping before.

To list all the series tie-ins here will make you a bit punch-drunk. If they aren’t in this edition, then you are shown the issues where they are so making this ‘Back Issue’ comprehensive on this. The next issue will focus on the cartoon series tie-ins.

I can add some observations, though. From a British perspective, most of the TV tie-ins that weren’t shown or had limited viewing over here didn’t have much of an impact neither if they were on the shelves at all. I do have a feeling that the few that were were ignored in favour of the super-hero material. Regionally, you might see one or two but clearly not enough to want to pick them up.

Of course, things changed with that galaxy far, far away but then there was world-wide coverage and, in its wake, other tie-ins were likely to pop up within the distribution. We also had our own tie-ins in British comics already so were probably covered already. Interestingly, with Dewey Cassell’s article on Charlton’s ‘The Bionic Woman’ comicbook, there is a painting by Arnaldo Putzu of Jaime Sommers for our ‘Look-In’ TV mag.

Looking back now, the cover artwork on ‘Look-In’ was some of the best for its time and clearly needs more exploration. It might be an opportunity to show how different countries do tie-ins and give American readers a different insight and series they might not have seen. 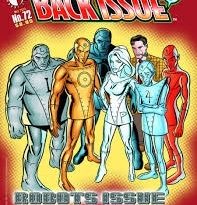 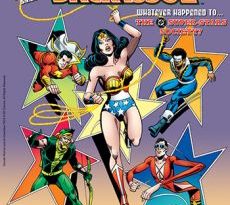 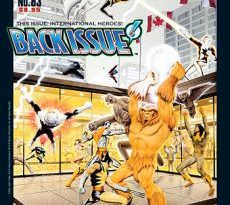