‘About Time’ should not be considered an entirely different kind of romancer for filmmaker Richard Curtis. After all, the active movie mind behind such light-hearted and gentle comedic gems such as his directing/writing credits for ‘Love Actually’ and screenwriting for ‘Bridget Jones’ Diary’, ‘Four Weddings And A Funeral’ and ‘Notting Hill’ demonstrates that Curtis certainly has the knack for steering traffic in the realm of endearing, off-kilter comedy romances.

In the whimsical fable ‘About Time’, Curtis takes the liberty to dabble in the elements of Science Fiction and visit the genre of time traveling with extra flourishes to his trademark components involving stiff upper-lipped affluent sophisticates with colourful eccentricities. Basically, ‘About Time’ maintains that zippy Curtis-esque formula where the cheeky love story presentation takes centre stage as the drippy awkwardness of the participants’ affections pass for suitable ‘aw-shucks’ sentimentality.

Predictably, ‘About Time’ has its saccharine-coated moments along with some bouts of flimsy feel-good pithiness attached. Still, Curtis is the modern-day architect of the affable ‘rom-com’ entries so he astutely injects the right amount of quirky humor, sweetness and magical spunk to mark the serviceable ‘About Time’ a few notches above the limited synthetic romantic time travel tales floating around aimlessly.

Londoner legal eagle Tim Lake (Domhnall Gleeson) is about to reach a milestone courtesy of his 21st birthday. However, his retired professor father (veteran actor Bill Nighy) has some rather unusual, if not incredible, news to share with Tim. It appears that all the Lake men that have come of age inherit the uncanny ability to travel back in time. Tim, through his brand of concentration, can only manipulate his time traveling tendencies that affect his history and not those around him. This power allows Tim essentially to correct, revisit or redo whatever action he sees fit to address in his time-searching mode (yes, shades of ‘Groundhog’s Day’ fittingly come to mind).

Of all the possibilities that Tim can use his time-traveling skills on he settles for the angle of love. Specifically, Tim takes advantage of his newfound time leaping capabilities by applying it to the likes of an American cutie named Mary (Rachel McAdams). When first encountering Mary (on a blind date in a pitch-black restaurant…go figure!) the experience was not as smooth as Tim would have liked the meeting to be initially. But wait…the opportunistic Tim soon utilises his ‘gift’ for the common good and essentially strikes gold as his ‘do-over’ with his dream girl results in a blossoming relationship.

For the most part, ‘About Time’ plays it safe and sound as there is never really anything too startling or cutting edge that Tim does with his transporting tendencies. The plot lines involving some of Tim’s choices to go back in time and fix the questionable circumstances are a mixed bag. Favorably, Tim is in his emotional element when his travels involve his sickly father and the mended fences that they both could patch up because of the spare time given. Other time traveling tidbits featuring sub-plots about Tim’s flighty sister Kit Kat’s (Lydia Wilson) rescue from an abusive boyfriend and an uppity playwright Harry (Tom Hollander) receiving his comeuppance feel like padded filler.

For the most part, ‘About Time’ is well-acted and impishly delightful in its touching spots. The sprinkled Science Fiction aura works on Curtis’ mystical yet mawkish material. As a leading man, Gleeson does show an immense likability and seems deemed for this kind of gawky charisma in this cozy vehicle. McAdams, although considerably watered down as a personable Plain Jane, is still stunning and turns in an understated performance as she is no stranger to time-traveling flicks or romantic comedies. Nighy, always the steady anchor whether in throwaway comedies or unsettling dramas, brings some notable stability to these fluffy proceedings.

The message in ‘About Time’ does preach the cautionary tale of making sure that one must live for the moment whenever time allows it as such. If one does not try to look too much for the Science Fiction acumen, laws of physics or any other logical pattern in explaining the genuine definition of a credible time-switching fantasy then ‘About Time’ should be digested with the breezy notion of swallowing cherry-flavoured cotton candy on an impulsive whim. 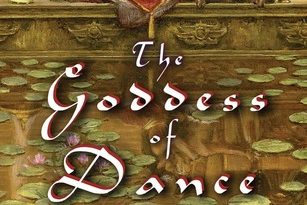