If you were faced with almost certain death, would you make the time to record it and leave it for future generations to learn from? I probably wouldn’t, I’d be too busy running away, screaming like a little girl and looking for somewhere to hole up while the Calvary comes. Part-diary, part-Blair Witch Project, ‘Zombies’ is a chronicle of an outbreak by a Dr. Robert Twombly. His medical background plus interest in ornithology make him the perfect diarist for the zombie invasion. He makes logical deductions about how the zombies move, feed and interact with each other. He is also able to turn this reasoning light onto himself and other survivors, with sometimes less than satisfying outcomes.

Influenced by Richard Matheson’s ‘I Am Legend’, ‘Zombies’ is a genuinely chilling and logical look at a zombie invasion. The matter-of-fact descriptions of the symptoms and effects, coupled with the detailed drawings of both victims and scenarios make it a creepy read. The illustrations by Chris Lane echo Da Vinci’s anatomy drawings, which may be all that’s left to influence those who find the manuscript once the apocalypse is over.

The good doctor is also logical in his survival attempts. Realising that cold affects zombie movement, he heads north to Canada to find a rumoured encampment. What happens up there is shocking and heartbreaking.

The diary takes place over the course of three months and the pace moves quite rapidly. Nobody would expect the doctor to chronicle every single event and he doesn’t, sparing us long trekking journeys and repetitive searches for food. Instead we get hard facts and cold logic.

Although not a weighty book, it makes a tremendous addition to any zombie book collection. 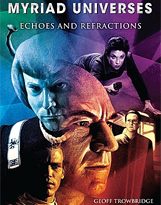 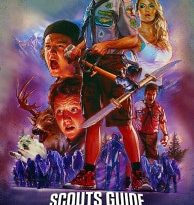