A love letter to the most famous yet unknown serial killer of all time, ‘Yours Truly, Jack The Ripper’ is an anthology of author Robert Bloch’s writings on the 19th Century Victorian murderer.

With his 1940s short story about ‘Saucy Jack’, Bloch imagines the serial killer as an immortal being, forced to sacrifice others in order to survive. Little did Bloch realise that his connection with The Ripper would continue for the rest of career and after his eventual passing in 1994.

He went on to cover Jack the Ripper from a variety of angles, including a script for Star Trek in 1967 which would eventually become the basis of the episode ‘Wolf In The Fold’.
A whole anthology of tales on one subject from one author may seem repetitive but the scope and variety that Bloch manages to include means that the reader will never be bored. The collection includes the title story which first set Bloch off on his Ripper career, a Sherlock Holmes-style detective tale ‘A Most Unusual Murder’ and ‘Night Of The Ripper’, a 1984 novel which follows an investigation into the serial killer that manages to incorporate several famous Victorians, pre-empting Alan Moore’s ‘League Of Extraordinary Gentlemen’.

Despite a lengthy manhunt and countless theories, Jack the Ripper was never caught or even identified and this has created a sense of mystique around the character. This mystery is explored by Bloch throughout his work. In ‘A Toy For Juliette’, the serial killer’s sudden disappearance is attributed to him being dragged away to another time as an intended plaything for a psychotic old man and his granddaughter. It comes at the story from a different angle and it’s ingenious.

Bloch also managed to transcend mediums with his Jack the Ripper writings. In one of three scripts he wrote for ‘Star Trek’, ‘Wolf In The Fold’, Scotty is framed by a malevolent force for the murder of, you guessed it, a young woman. Once Kirk and Spock get on the case, it’s discovered that the force, Redjac, travelled through the galaxy, passing by Earth around the 19th century and may have been responsible for every major murder spree along the way. Even those who have seen the episode many times should enjoy how the tension is ramped up, especially as the Enterprise’s computer is taken over by the force.

This collection is required reading for anyone interested in Jack the Ripper and the mythology surrounding the legend. The character has become a staple of British culture with conspiracy theories abound but this takes a different path and offers some new views on the mystique that surrounds one of the most famous killers in history. A killer read. 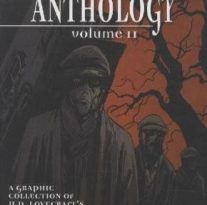 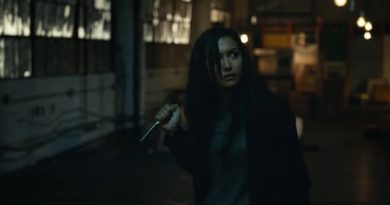 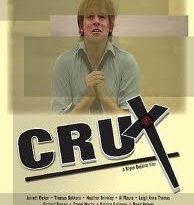