To tell the truth, I’ve never heard of Felicia Day until now. Come to that, I doubt if she’s heard of me neither. The Internet is a big place after all. Joss Whedon has and, as he explains in his introduction, she was of significant help in getting his ‘Dr. Horrible’s Sing-Along Blog’ on-line and past investors who weren’t savvy to do it properly as well as acting in his Net offering.

From this autobiography, ‘You’re Never Weird On The Internet (Almost)’, Felicia is somewhere in her mid-30s and a computer-loving geek with a liking for the original novels of Perry Mason (rather than the TV series) by Erle Stanley Gardner and a dollop of SF. Born in the southern states to hippy-like mother and medical doctor, much of her education was at home away from southern religious schools but the only thing that was re-enforced was to read as much as possible.

Her home teaching didn’t stop her getting to university, getting a degree in playing the violin and mathematics, neither of which she particularly wanted as she went on to Los Angeles to achieve her aim of becoming an actress. For those of you with similar ambitions, it is well worth reading this section of the book and all the pitfalls Felicia encountered before her obsession with ‘World Of Warcraft’ turned into a comedy called ‘The Guild’. Unable to convince LA TV studios that it would make a good TV series, she and some friends turned to YouTube and made a success of it there that ended up as templates for those who followed 7 years back. As I said, I still hadn’t heard of it but looks like it was outside of my interest range. Having said that, there is information on how things explode in the USA and the hard work involved that stressed Felicia into a nervous breakdown from over-work and a re-evaluation of what she was doing. There’s also strong points about how much you should reveal about yourself on-line and what trolls do. Felicia uses stronger words than I do.

There are areas I recognise but writing and editing is the one thing that never stresses me but I also don’t have to worry about being mobbed at conventions neither. Having said that, Felicia Day’s book, ‘You’re Never Weird On The Internet (Almost)’ tells as much about pitfalls as her own history and how much luck she must carry with her.

I suspect most of her readers will be those who’ve seen her on the Net and very probably American. However, considering ‘World Of Warcraft’ is international, then some of you reading here will undoubtedly find this book of use. As to the trolls, I honestly think they should stay away and give up such a vile practice. 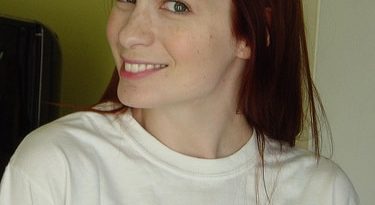