Is X-Men First Class the best X-men film ever? And if so, why?

This was the fifth installment in the X-Men film series and a prequel to X-Men (2000), it was directed by Matthew Vaughn and produced by Bryan Singer, and stars James McAvoy, Michael Fassbender, Rose Byrne, January Jones, Oliver Platt, and Kevin Bacon.

The film was set primarily in 1962 during the Cuban Missile Crisis, and focuses on the relationship between Professor Charles Xavier and Erik Lehnsherr / Magneto, and the origin of their groups—the X-Men and the Brotherhood of Mutants, respectively, as they deal with the Hellfire Club led by Sebastian Shaw, a mutant supremacist bent on enacting nuclear war. 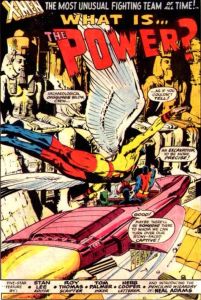