This is the big return for ‘X-Men’, with both sets of casts joining up and linking the universe together and it needs a big soundtrack to help it along the way. In a bleak future, the few surviving mutants are being hunted down by Sentinels and, in a last-ditch effort to save themselves, they opt to send Wolverine back to the 1970s to stop Mystique from assassinating scientist Bolivar Trask who created these robots. While this may seem like ‘X-Men’ meets ‘Life On Mars’, this is a much darker affair than what we’re used to. There’s very little humour in it and the few jokes that make it into the film are mostly aimed at fans of the series. However, this is all about the music and if you want to find out more about the film, check out Frank Ochieng’s review here.

The opening track ‘The Future – Main Titles’ is a very sinister beginning to the soundtrack, echoing the very dark opening of the film. There’s no hope here and certainly no light in this track. It also marks the return of the traditional ‘X-Men’ theme although it sounds a tad different to how I remember it. Perhaps I can’t get past the soundtrack to the animated series which first introduced me to the ‘X-Men’ universe.

Second track ‘Time’s Up’ keeps up this relentless and ominous theme, think the ‘Jaws’ theme mixed with ‘The Dark Knight Rises’ and you’re somewhere along the right lines of how heavy this is.

It does lighten up a bit once Professor Charles Xavier gets involved and ‘Hope (Xavier’s Theme)’ is a much calmer affair with piano prominent throughout. You can just imagine him tinkling the ivories with his mind.

It does veer into incidental music early on in the album, which is understandable but a shame, with several tracks being quite unremarkable. ‘Springing Erik’ changes this and it creates an ‘Ocean’s Eleven’ type vibe as the film remembers that it’s in the 1970s, giving us a more appropriate soundtrack.

The ominousness returns in ‘Rules Of Time’ and features what has become a staple of action films, the siren-like heartbeat to signify impending doom. This also makes an appearance in ‘The Attack Begins’ and leaves me a little worried for the originality of movie soundtracks. ‘

‘I Have Faith In You – Goodbyes’ is much more like it. Fast-paced, pulsating and with hint of the cartoon theme. The traditional ‘X-Men’ theme also makes it into ‘Welcome Back – End Titles’ so series purists needn’t be disappointed.

The soundtrack also includes a couple of period tracks including ‘Time In A Bottle’ by Jim Croce which features in a standout scene with Quicksilver racing around a room giving a new meaning to bullet time and ‘The First Time Ever I Saw Your Face’ by Roberta Flack which Wolverine wakes up to when he first travels back in time. Both tracks work beautifully and the former shows real confidence by director Bryan Singer and Ottman and it helps this become a standout scene of the film. If something perfect already exists, why bother trying to better it when it’s just not possible. The latter seems a little romantic for Wolverine but it’s nice and poignant for the mood, especially when it’s heard the second time. Ahem spoilers.

This is a very serious film and the soundtrack matches this. It is missing a bit of light but then so is the film. It’s a grown-up soundtrack for a grown-up ‘X-Men’ film. 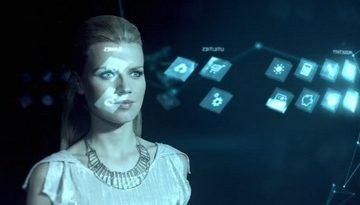